Woo Me with Facts 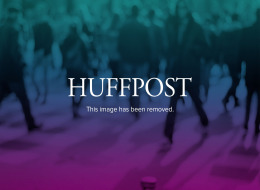 It’s been a rough couple of weeks for the cause of good rhetoric: two national conventions with a wearying parade of over-fluffed speeches, the ensuing frenzy of talking-head analysis and petty push-back between the parties on every little point, and the ongoing plague of super-PAC-sponsored attack ads on TV. It’s enough to make a writing teacher’s head spin.

Mine is spinning, for sure. I expect some grim rhetorical abuses in any political process, but this election cycle has rendered me numb with dismay. The low point so far: Romney pollster Neil Newhouse’s cynical dismissal of the truth. Responding to media criticism of a Romney attack ad about President Obama’s welfare policy, Newhouse stated, “We’re not going to let our campaign be dictated by fact-checkers.”

Wow. He really said it. I mean, he just came out and said it. “We are happy to lie as long as people will be persuaded by what we say.” That’s the subtext, that’s what he meant.

But come on. I expect you to do the hard work of acknowledging the facts fairly and truthfully, even while making your case. When you altogether abandon a responsibility to the truth—well, that’s when I start imagining apocalyptic nightmares. I’ve read George Orwell, you know. Mr. Newhouse, I’m not afraid of a socialist, Muslim, foreign-born Obama turning our country into a government-run gay paradise. I’m afraid of you, buddy.

It’s a sorry state of affairs when we have to turn to fiction to become reacquainted with the importance of chasing down facts. The latest Aaron Sorkin drama series, The Newsroom, which just completed its first season on HBO, revisits actual news events of the past couple years while positing a compelling might-have-been. If only an intrepid and idealistic television news crew had taken the high road, if only they had asked the hard questions, hunted down and analyzed the facts, followed the money to expose the shadowy power figures behind the pawns—then maybe we could actually have an informed and intelligent democracy.

Alas, it was only a TV show. Back in reality, we were grimacing through Paul Ryan’s fantasy-inflected RNC speech, not to mention his inflated claims to manly marathon prowess.

But then came former President Clinton’s “barn burner” of a speech on Wednesday night to give me a little real-world hope. Clinton went on for almost an hour, packing more policy detail in his one speech than was delivered in the whole of the Republican convention, including more actual detail about the Republican platform. He wagged his finger at us, he used subordinate clauses, he insisted that the crowd calm down and listen as he produced supporting detail for his claims. Mr. Charming has always been a policy wonk, and Wednesday night he was in top form, wooing us with facts.

Even some of his political enemies had to admit that it was a powerfully effective performance. GOP strategist Alex Castellanos more or less threw up his hands and conceded the election.

But were all those facts real? How did the speech measure on the truth-o-meter? Well, here’s what factcheck.org had to say:

Former President Bill Clinton’s stem-winding nomination speech was a fact-checker’s nightmare: lots of effort required to run down his many statistics and factual claims, producing little for us to write about.

Republicans will find plenty of Clinton’s scorching opinions objectionable. But with few exceptions, we found his stats checked out.

Oh happy day. Not only did Michelle nail the pathos and ethos appeals, but Bill pretty well took care of the logos, too.

Can facts win the election, though? Is the American public susceptible to reasoned argument? No one knows. The media is busy trying to grapple with “post-fact politics” and their role in this surreal world. Is journalism still a noble profession, serving the Republic with its “just the facts, ma’am” reporting? Or must we all give in to the cynical view that everyone is hopelessly biased and therefore fairness and objectivity are a silly pipe dream? It’s tempting to foresee a future in which the media are reduced to carnival barking as everyone constructs whatever “reality” serves their interests.

Well, let me encourage you then, dear media elites: stay strong. Politico.com and factcheck.org, please keep on checking the facts. Stewart and Colbert, keep on holding the bozos accountable for their inconsistencies and lies. NPR, hold tough on your recently revised ethics handbook. Big news organizations, get your acts together and put out the crazy-fires. Please?

I have a lot of writing students who still want to believe there’s a difference between fiction and nonfiction, that ethical rhetoric is not a contradiction in terms, and that writers have a worthy role to play. They want to believe that after they graduate, there is indeed a real world out there waiting for them.