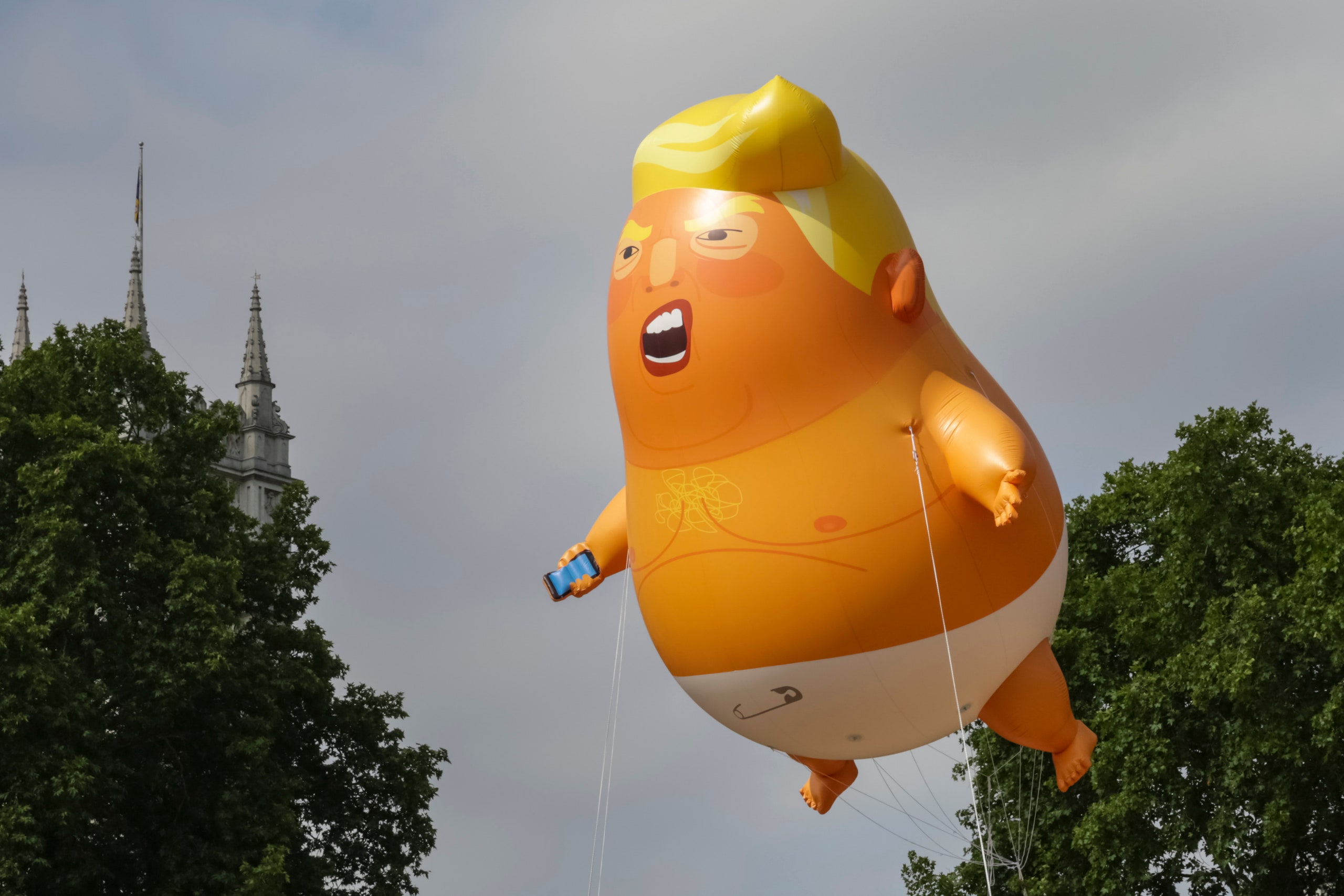 I was working on a piece about Nebuchadnezzar on Wednesday afternoon when the world shifted. My wife called, and I watched the goons running amok around the Capitol for a few minutes until my disgust sent me back to my work. Suddenly, Nebuchadnezzar’s tyrannical rule took on a whole new layer of relevance.

I was in Daniel 3, the familiar story of Shadrach, Meshach, and Abednego. I was struck while reading the text how ridiculous the enormous amount of repetition is. Long lists of musical instruments and random officials are repeated. Nebuchadnezzar is called “the king” seven times in a few short verses. Even the names “Shadrach, Meshach, and Abednego” have a sort of syncopation to them that keeps getting repeated. What is up with all that repetition?

The new book Performing the Plays of the Bible by Jeff Barker and Tom Boogaart offered insight. While preparing to perform this text with his Northwestern College theater troupe, Jeff Barker concluded the ludicrous repetition is there for comic effect. The story is a satire. Nebuchadnezzar had set up a huge golden idol and demanded obeisance. His ego knew no bounds. The story of God’s great reversal, when Shadrach, Meshach, and Abednego are not only unharmed but unbound in the fiery furnace, takes all the air out of Nebuchadnezzar.

While performing the play, Barker’s team took a cue from a Jewish tradition during the celebration of Purim. When the story of Esther is told, the name of the villain Haman is met with a cacophony of foot stomping, booing, and noisemakers. In the case of Nebuchadnezzar, Barker had a crew member slip into the orchestra pit and strategically blow on her arm to make the sound of flatulence every time the king’s name was mentioned. It became “Nebuchadnezzar (pffffttt) the King.” Some of the stuffed shirts in the audience were offended, but the young people never had so much fun with the Bible.

In the long run, every tyrant is revealed as a fool. Their narcissistic preening and unquenchable need for adoration are eventually seen for what they are. There is nothing funny about tyrants, but laughter is a good way to retain your sanity when confronting one. I think of an old Woody Allen movie where clips of Mussolini were intercut with shots of Francis the Talking Mule. Or of Charlie Chaplin turning Adolf Hitler into Adenoid Hynkel.

I finished up Nebuchadnezzar and later on Wednesday night we watched the Congress reconvene. I was smiling, even though there was nothing funny about what happened on Wednesday. I couldn’t help thinking that Donald Trump had finally stepped on a banana peel in front of everyone. His henchman, Rudy Guliani, has already been revealed as a clown. Now it was Trump’s turn.

Wednesday was Trump’s great reversal, the day when his enablers finally turned on him. I’ve waited three years and fifty weeks for this to happen. Mike Pence, Mitch McConnell, and Lindsey Graham finally had enough of kissing up to our would-be tyrant. I cannot begin to imagine what the humiliations they’ve endured for the past four years have felt like. They suffered much from the Faustian bargain they struck for power. McConnell got the Supreme Court he wanted. I wonder if he feels it was worth it.

As for Pence, I always held out hope that as a sincere Christian his conscience would drive him away from Trump. It almost did when the Access Hollywood tape came out in 2016, but Trump proved as resilient as Rasputin in that election. (News flash: Rasputin eventually died.) I have no idea where Pence goes from here. Graham will slink along as usual with all the backbone of a windsock. In yet another news flash, Ted Cruz and Josh Hawley have obviously started running for President in 2024.

As for my social media friends who posted on Wednesday that there was photographic proof that it was Antifa who actually stormed the Capitol, it is sad that you’ve moved to a position where facts cannot convince you. When factual information conflicts with ideology, ideology wins, at least in the short run. You might do well to brush up on the story of Galileo and Pope Urban VIII. You don’t want to be the Pope in that story. Right now you are.

And as for the man who is still President for the next twelve days? Every time I hear his name I find myself chuckling, and then taking a page out of the Northwestern Theater group’s playbook and blowing a raspberry in his general direction. He’s earned it.