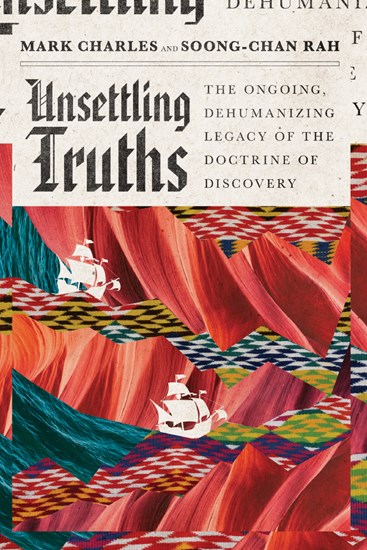 The Trauma of White America

When Mark Charles invites his mostly white audiences to engage in a conversation about race, culture, faith, and American history, there are mixed results. In fact, Charles talks about many initial responses of denial. “You’re lying. The Declaration of Independence doesn’t say that” or “our nation didn’t do that.” The denial is often followed by a brief acknowledgement of sorrow, followed by an impulse to flee or quickly solve the problem. “Please forgive me….Tell me know, what can I do to fix it?” Charles writes “the quick and impulsive response reveals a trauma that has been experienced but never addressed” (174).

Charles examined psychologist Rachel McNair’s work on Perpetration-Induced Traumatic Stress (PITS) as a form of PTSD symptoms caused “not be being a victim or rescuer in a horrifying event but by being an active participant in causing the event.” Charles wondered if this helped to explain the reactions of white Americans to understanding the history of Native Peoples in the United States. A few weeks ago, I wrote a post about so-called ‘good intentions’ and explored the ways that Indian boarding schools and leaders like Richard Pratt articulated the reasons to “kill the Indian and save the man.” While reading Unsettling Truths: The Ongoing, Dehumanizing Legacy of the Doctrine of Discovery by Mark Charles and Soong-Chan Rah, I was struck by the ways that Charles worked to understand why white Americans react so strongly in denial to the ugly parts of American history. Charles wrote this: “in treating white people as a traumatized people, people of color have the authority to maintain their own agency and humanity in a way that has not been accessible before. Oftentimes, in conversations on race, whites are viewed as those with power who should initiate the seeking of forgiveness and initiate the process of reconciliation and healing. Instead, by treating white Americans as traumatized people, we are called to an equality in our mutual brokenness and trauma” (176).

As someone who teaches United States history with regularity, and posts on The Twelve about history topics with regularity, I have noticed the pushback from white students and readers to the difficult parts of US history. Most students can understand the concept of historical trauma, as a corporate or communal level trauma that happens generationally. When exploring events like the Trail of Tears, or the Navajo’s Long Walk, the Massacre at Sand Creek, Wounded Knee, or the stories of Native children at boarding schools, most white audiences have a sense for the deep and lasting damage caused by those events. Maria Yellow Horse Brave Heart, a Lakota woman and social worker, defined Historical Trauma (HTR) as “widespread and prolonged oppression on the communal level.” Often, the trauma does not end with the generation that was traumatized, but transferred through complex post-traumatic stress disorder mechanisms (169). In the gripping documentary, Dakota 38, about the U.S.-Dakota War of 1862, a Lakota woman describes this as a deep genetic depression of her people.

I find Charles’ explanation of white trauma to be a compelling and thoughtful way to continue the dialogue about race and history. But Charles also reminds his readers, “the character of God is not accessed by our exceptionalism but through a humility that emerges from the spiritual practice of lament” (188).

While it is difficult to parse the good intentions of people in the past or present, approaching both with humility and the seeking of wisdom seems a good starting point.