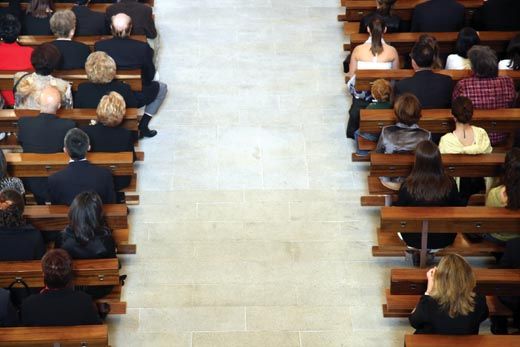 The Worst in Us

Experts from the fields of psychology and neurology claim that our memory is susceptible to error.  Sometimes we are sure we remember something that we actually never encountered.  I saw a click-bait sort of article recently that listed 10 things many people claim to remember that they never actually encountered.  A common one is the belief that their mothers had prepared them peanut butter sandwiches for their school lunches made with Jiffy Peanut Butter.  Except there has never been a brand named Jiffy.   There is Jif.  There is Skippy.   And in some wires-getting-crossed collision in our brains we remember a brand that we never really saw: Jiffy.

The assassination of JFK is certainly one of the greatest national tragedies of the last 60 years.  It was also the first major event that brought the nation into a common, shared experience coast to coast because of live television coverage of it all.  I cannot remember that time personally but I can remember when the space shuttle Challenger exploded and I certainly remember that other single most traumatic national event of my lifetime: the 9/11 attacks.

In all of those instances, however, as well as at other moments of great drama—the assassination attempt on Ronald Reagan, for instance—it seems like people mostly came together.  There was a spirit of resolve and unity.  In the weeks immediately after 9/11, President George W. Bush’s job approval rating was around 92%.  At blood banks, in churches, mosques, and synagogues, and all over the nation people came together, pulled together, felt a common purpose.

Historically the pandemic of 2020 may go down as the single most traumatic event to happen in a century.  That’s true for all kinds of obvious reasons, not least the global nature of it but also the fact that within any given nation, we all were affected, involved, or actively suffered and mourned.   Most Americans did not know a single person who perished on 9/11 and though we collectively grieved JFK and our hearts bled for his little children, few of us knew them personally.   COVID-19 is, however, an up close and personal event for tens of millions.

Yesterday I heard from yet another pastor the same thing as I have heard from numerous pastors around the U.S.; namely, for some reason, the pandemic has brought out not the best but in fact the worst of a whole lot of churchgoing people as well as Elders and other leaders in local congregations.  This pastor was yet another casualty of it all as he was forced to leave the church he had been serving faithfully for a long while.   These stories have multiplied and even in places where pastors have managed to remain in place, they are the walking wounded, barely hanging on, fighting burnout and sometimes almost suicidal depression at every turn.

In Sunday’s Op-Ed section of the New York Times, conservative Ross Douthat mused about his astonishment not just that a sizeable part of the American electorate has come to believe the 2020 presidential election was rife with fraud but that some friends of Douthat who are far from wild-eyed conspiracy mongers also embrace what is manifestly a false narrative.  And Douthat says he cannot for the life of him quite figure it out.  He tries to anyway in his long column Sunday but I am not certain that even he is sure he has it all sussed out.

That is how I feel about how a lot of Christians have behaved in the pandemic: I don’t get it.  Why hasn’t this brought us together?   How did wearing a mask get so politicized?  Or even taking the pandemic seriously?  In a world where there is real persecution of Christ’s Church—talk to people from China or from various countries in Africa—how did some prominent pastors dare to claim that public health guidelines that restricted or prohibited gathering for worship was a true persecution by the government?  How dare they say that when people in some parts of the world are literally murdered for their faith?

It has brought out the worst in people, pastor after pastor has testified to me.  I don’t get it.  I do not understand it.  And I am sure that if I suggested that when this is all over the church should engage in a long season of repentance, I too will be pilloried by those who will claim they have nothing to be sorry about or to confess, therefore.

If 2020 has been a long season where Lament was the proper response to so many things in society and the wider world, then post-pandemic 2021 and 2022 ought to be a long season of Repentance.  But right now I would wager that pastors who suggest that to riven congregations will find that this suggestion will not only fail to heal the Body, it may just inflame things all over again.

Christ has been crucified in two ways, Philip Yancey once observed: first literally on that cross of wood at Golgotha.  But Christ has been re-crucified repeatedly in history on the “cross” of how badly his Church has conducted itself.   The first and real cross yielded life.  I fear this second cross and its most recent instantiations in the U.S. will lead only to death.