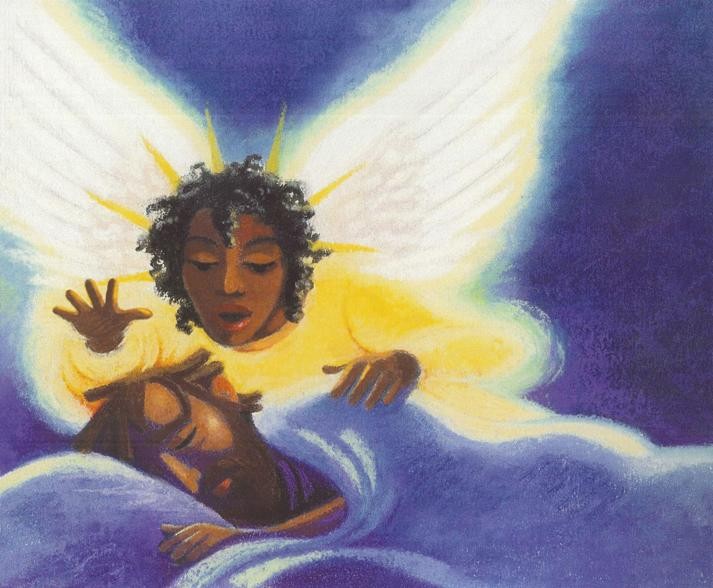 Advent Is for the Excluded — Joseph

By April FietDecember 6, 2020No Comments

But just when he had resolved to do this, an angel of the Lord appeared to him in a dream… – Matthew 1:20a

Have you ever found yourself needing to make a big decision, but none of your choices seem like good ones? As a chronic overthinker, I have found myself in this situation more than once. Whenever I am in the middle of a life-changing decision, I have to fight the tendency to ruminate on my options. I make lists of pros and cons. I pray. I talk about the options until I’m sick of hearing my own voice (and everyone else probably is, too). And then, I worry I will make the wrong decision.

This inner spiral of thinking, processing, and weighing my options draws me farther and farther into my own head. Soon, even though I am reaching out to others for guidance, I am isolated from myself and others as I become trapped in my own thoughts.

In Matthew 1, we read about the birth of Jesus from the perspective of Joseph. In two short verses, we are invited into the emotional inner workings of Joseph’s discernment process about how to handle Mary’s pregnancy. Matthew 1:19 says this: “Her husband Joseph, being a righteous man and unwilling to expose her to public disgrace, planned to dismiss her quietly.”

Joseph mulled over his options until he found something that kept law and compassion in balance. He would dismiss Mary, but he would do it in a way that brought less pain upon her. The word that is used for “planned” is a word of intention and determination. This kind of plan is not one that can be rejected or abandoned. Joseph struggled hard with deciding what to do, and then determined a plan that he was going to see through to the end.

Joseph’s laser-like focus on what he decided to do threatened to separate him from Mary and from an openness to changing his mind. Verse 20 emphasizes the intensity of his decision: “But just when he had resolved to do this…” The word “resolved” comes from the prefix meaning “in” and a word meaning “passion,” or literally “to be heated up.” Joseph was drawn into a passionate decision, an internal, burning conviction that was propelling him forward to make a decision he would not turn away from.

Until the angel intervened in a dream. The messenger of the Lord spoke to Joseph: “Joseph, son of David, do not be afraid to take Mary as your wife, for the child conceived in her is from the Holy Spirit.” Do not be afraid. As Joseph isolated himself in his thoughts, and as he weighed how to do both the lawful thing and the compassionate thing, I wonder if he recognized that he was afraid.

In our mixed up world, sometimes we cling to our own thoughts and big decisions because they feel like the only things we can control. But, in the process, we become excluded, cast out from what’s going on around us as we retreat deeper into our own heads.

If you are a chronic overthinker, and over-decider, a wrestler caught between seemingly terrible options, Advent is for you.

In the season of Advent, we remember the way God intervened in human history and in human hearts. We long for God to show up again, to keep us from getting wrapped up in our own best intentions. On this day, may God’s whisper to us — “Do not be afraid” — set us free from the prison of our own overthinking so that we might find the delightful surprises God has for us.

Prayer: Lord, sometimes it is difficult to know what to do. Help me not to retreat into overthinking, and give me the courage to get out of my own head. Grant me peace as I wait for your leading this Advent season and always. Amen.