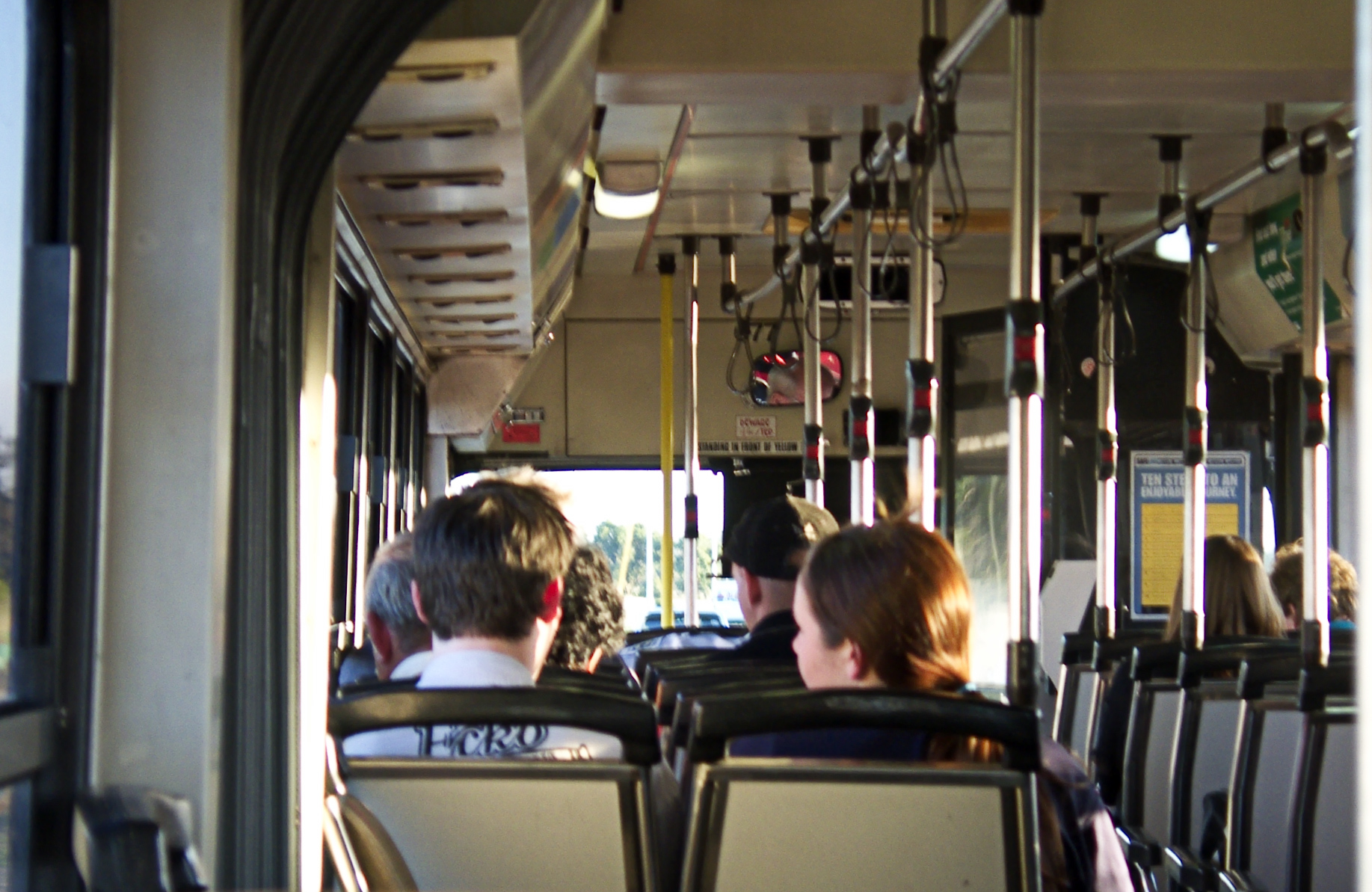 Get On the Bus!

Back in the day when I was a faithful mass transit rider, the best bus route for me dropped me about ten blocks away from work. From there, I had to walk. Most of the time that was okay, even beneficial. Some exercise. Time to prepare in the morning and to unwind in the afternoon. When it was pouring? When the bus was late and so was I? Less than ideal, but simply part of being a bus rider.

I thought of this when I read, “Think about voting like riding a bus. You’re not looking to arrive at your exact destination. You’re getting on a bus that will more or less take you to the neighborhood where you want to go.”

As Christians, we hear a lot about “not compromising,” warnings about being lukewarm, admonition to give our whole hearts, and courageously to stand apart. There’s rhetoric about remaining pure, even longing for perfection. We’re often told that Jesus models a “third way” that is creatively beyond the norms, neither X nor Y. There is something good and true in this.

Increasingly I wonder if these messages of non-compromise, purity or standing apart do not serve us well when we face decisions about voting and politics. We go through long inner wrestling matches trying to decide who to vote for. We see voting as some major declaration of our values, a primary expression of ourselves. Our all-in, non-compromising, overly-conscientious tendencies come into play.

We’re looking for an Uber going exactly to our destination when maybe we simply need to get on a bus, traveling toward our neighborhood.

I’d say that the bus metaphor helpfully calls into question the commonly heard lingo of “holding our noses” or “lesser of two evils” while voting. There is something purist, “better-than” in such talk.

If I heard someone say they were holding their nose while riding a bus, I’d consider them a wimpy elitist. Acting as if they know better, that they are better, but regretfully they must travel with the masses. If you’re going to ride the bus, you deal with it. You find interesting surprises, even hidden blessings. You don’t hold your nose. It’s not the lesser of two evils. It’s an effective, viable, okay-ish way to travel, especially for groups of people to travel together.

The bus metaphor is also a helpful critique of single-issue voters (see anti-abortion voters). You too are hoping for an Uber. You are concerned only with one house, not a complex, interwoven neighborhood.

Of course, the bus metaphor can just as easily be used by others, including other Christians, who want to ride different buses to very different neighborhoods. They too can be pragmatic about elections and candidates. There will always be, and there should be, some diversity in understanding the neighborhood to which Christians aim to travel. It’s not an exact science.

Do you think we should travel to the other side of the neighborhood? Okay, let’s talk. Maybe you even want to go to the next neighborhood over. But different time zones? A different continent? This is a theological, not a political, problem. A profound theological problem. How can our maps and compass be so different while we say we share a common Lord? Few things so undermine Christians’ public witness and credibility. Too often these days, I find myself whispering and wondering, “After ‘Jesus is Lord’ — which is indeed no small matter — I’m not sure if there’s anything else about which I agree with that person.”

Iowa in February (I know, I know…)

Last February, I gathered — remember gathering? — for Iowa’s first-in-the-nation presidential caucuses. (Let’s not discuss the 2020 fiasco here. May it become simply a forgotten footnote to an odious year.) There was a phalanx of Gen-Zers for Yang. Lots of collegians for Bernie, too. The usual suspects, the party faithful, seemed to go toward Warren. High energy around Mayor Pete, especially I thought among Christians.

In the middle of the big hall was a beleaguered handful for Biden — including a good friend. Biden seemed passe, establishment, bland. Of course, we in Iowa always say our job isn’t to pick a winner, only to winnow the field. We can investigate the unlikely, go out on a limb — see Barack Obama.

My Biden-supporting friend had her reasons. She’d talked to her siblings, most of whom had voted for Trump in 2016, but were increasingly disenchanted, uneasy. “Is there any Democrat who you could see yourself voting for in 2020?” she asked them. “Possibly Biden.” If anyone, it would be Biden. He’s reasonable. He’s got a pretty-fair track record. And so she went and stood with the small, uncool Biden group. She took the bus, rather than demanding an Uber. I joke with her that she should become a high-priced political consultant!

Some of this is simply his opponent. I grieve children confined at the border, wilderness in the west ravaged, the bungling snafu that is his response to the Coronavirus, and so much, much more. I lay at his feet a society where it is now acceptable to be publicly and unashamedly hateful, bullying, and bigoted. I can hardly fathom that the US actually has a president who won’t guarantee a peaceful transition of power, who brazenly tries to undermine the checks and balances in our polity. As a nation it seems that we’ve pretty much concluded that character, especially sexual peccadilloes, no longer matter in a president. I’m ambivalent about that conclusion. Still, I’m saddened whenever I hear “president” and “porn star” in the same sentence.

Another Iowa episode — in 2008, a couple of good friends went to a Biden event with a very small attendance. The upside? They got to spend ten to fifteen minutes in a very informal, personal conversation with him. Their take-away? That he is probably brighter and more well-read than often recognized, that he’s articulate and affable, that he is very conversant with Catholic social teachings, that his Catholicism seeps into every aspect of who he is.

I think of Gerald Ford and Harry Truman. Few ever clamored that they should be president. Yet both turned out to be reasonably adequate presidents. No one suggests they be added to Mount Rushmore, but they seemed to do okay. Okay may be just fine.

That’s my hope for a Biden presidency. It may seem like a pretty tepid endorsement. But I’m thinking that my endorsement of any politician, any presidential candidate, should be like endorsing the bus. I wonder if that wouldn’t be good advice for Christians in general, maybe the entire populace. It isn’t sexy or especially exhilarating. It is simply trying to get us to a general vicinity, to the neighborhood.

Get on the bus!