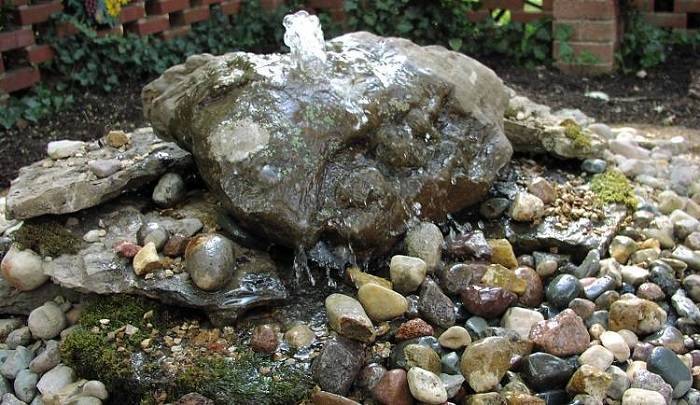 Well, here we are, in chapter seventeen of Exodus, with the people of Israel unhappy with their tour guide again. Last week it was the food. Now they want something to drink. They are just so demanding!

Of course, if one reads the whole story of Exodus, and not just the pericopes offered up by the Revised Common Lectionary, one realizes that this is the second time Israel is complaining about the water. They complained about bitter water within a few sentences of God rescuing them from Egypt by parting a sea. So, this may be a problem. I may have agreed to write one too many of these Sunday blog entries!

Maybe, except that the story isn’t quite the same this time. In last week’s story, as well as the story from the tail end of chapter fifteen, the people of Israel, according to the NRSV, “complained” against Moses — “grumbled” is probably the better word — but, in this week’s story, we read that they “quarreled with” Moses. The Hebrew wording, according to Everett Fox (Now These Are the Names, Schocken Books, 1986, p. 95), brings with it the idea of building a legal case against somebody. So the anxiety and the anger are definitely escalating.

I consistently marvel at how the Holy Spirit leads us through whatever lectionary we happen to be using, even if it is one we have created for ourselves. We choose scripture lessons weeks, even months in advance, thinking they will speak to us in a certain way, without any idea what God actually has in mind.

In this case, despite this year where none of us would have predicted a world of social distancing, masks, and virtual gatherings, who would have thought anxieties could have increased as they have in the United States this past week? What’s more, all this apprehension and angst is over the death of an octogenarian legal scholar who devoted her life to civil rights.

Yet, Justice Ginsburg wasn’t dead an hour before people were making political plans to blunt the perceived political plans of their opponents. Day after day, as tributes to the late jurist have poured in and her body has been in repose at both the court she served and in the Capitol building across the street, both sides of the US political divide have been building their plans for imposing their will upon the other. Add in the discussions over what might or might not happen on Election Day, and we find ourselves in the midst of an American democratic experiment that may be pushed to the breaking point.

I am sure people of various political stripes read The Twelve, yet I doubt that, no matter how any of us are planning to vote, anyone believes that this level of anxiety is a good idea. Parts of the country are burning from wildfires, others have been devastated by storms. There is record unemployment going on. Racial tensions are reaching a point unmatched in a generation. There is a worldwide refugee crisis — and, of course, a global pandemic. Certainly, we have other things to think about without this current testing and quarreling.

At the original Massah and Meribah, we notice that God didn’t, for once, ask Moses what was wrong with these people that they kept complaining. God didn’t wait for a pledge of obedience or set up a test for them as with the manna. The people were thirsty, and, while that was only one of their problems, God addressed that alone.

The other challenges would take them forty years to even partially sort out, but God didn’t let them die of thirst. If we find ourselves in the place of Moses during this COVID exodus, it might just be that we need to get through this day, through this week, not forgetting about all the other problems, not denying justice for so many people who need it, but just showing everyone the love of God that never abandons any of us.

Maybe it is enough, in this place, at this time, to do that one thing. Maybe the answer to testing and quarreling is freely given grace. We can get to the rest of it tomorrow.