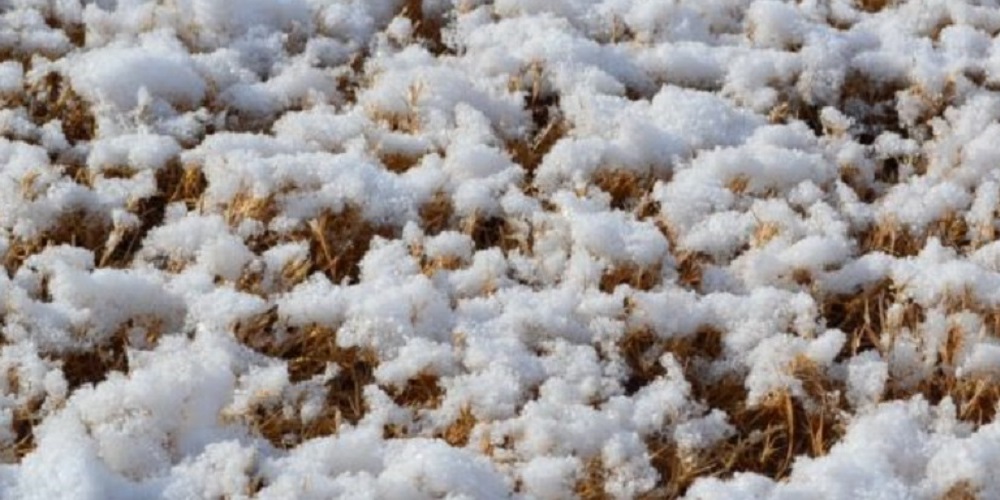 Of Judges, Pandemics, Anxieties, and Watchamacallit

I was finalizing both this blog post and my sermon for today when the news came of Ruth Bader Ginsburg’s death on Friday. Wiser bloggers than I will, no doubt, address the justice’s legacy in coming days. But I promised to have this ready by noon on Saturday, and have until Sunday morning for my sermon, and I have promised to talk about the Exodus passages for this month in light of life in a pandemic.

Still, in the mysterious providence of God and the blowing of the Spirit, I think the story of God’s provision of manna (Exodus 16:2-15), speaks to both these aspects of our situation.

Scans of exegetical and scientific literature—along with a quick trip to Wikipedia—tell us that there are various substances that come from plants and insects in the Middle Eastern deserts that could be what the Israelites end up calling man hu, “what is it?” or “whatchamacallit” that actually turned out to be quite tasty. Some of these explanations involve Middle Eastern delicacies — pretty good for people who thought they were going to starve in the wilderness.

Other scholars have various explanations for the flocks of birds that came to rest in the evenings in places where these recently freed slaves, who haven’t had a lot of experience in serious hunting for generations, are able to catch and kill them easily enough. God has either been planning this for centuries, or, using the idea of every moment being always present to God that we borrowed from C.S. Lewis a couple of weeks ago. God could just see things the Israelites were too panicked to discover.

And there, I think, is the important point of this story in this year of the pandemic and multiple crises: while everybody else in the story is going to pieces, God is being calm. Even Moses is stressed by the whole community complaining, but the I-Am-Who-I-Am demonstrates the importance of being a non-anxious presence. No frustration, no anger.

Later in the story, God will be more than upset enough, having it out with Moses in an argument that runs from chapter 31 to chapter 33 and climaxes with the Divine Presence possibly mooning the chosen servant.

We all lose it from time to time, but leadership often means keeping one’s head when all around are losing theirs, as Rudyard Kipling pointed out in his poem “If: A Father’s Advice to His Son” (A Choice of Kipling’s Verse Made By T.S. Eliot, Charles Scribner’s Sons, 1943).

The news of Justice Ginsberg’s death wasn’t even an hour old before news media and social media were filled with fervid speculations about the epic battle over who would fill her seat on the Court, and who would decide about the filling, and what that would mean for all sorts of aspects of American life. This simply raises the stakes for the election that is just forty-four days away and that was already elevating tensions in our very tense nation and world.

Throw in the economic, social, and psychological uncertainty of the ongoing pandemic, and the frenzy is understandable, but not helpful. What should we people of God be doing in the face of all this? What can we offer a world that is so tightly wound? How do we respond to concerns over our own ecclesiastical survival, either because of the pandemic or problems we were having before anybody learned the word COVID?

The story of manna is common to Judaism, Christianity, and Islam. All of us can, with one voice, remind people that God did not panic and God did not belittle the concerns of God’s people with promises of pie-in-the-sky by and by. People were hungry and afraid. Whether or not that fear was well-founded, it was there. God calmly told them what to seek, what to do. God used the situation as a teachable moment: Israel would learn about sabbath-keeping and trust, or at least they would try.

There are challenges ahead of us—individually, locally, nationally, globally. There are things our society clearly needs to learn or re-learn. There is much work to be done. Succumbing to our anxieties will not help. We need to be faithful disciples, responding to each situation, one step at a time, together. We might not know what to call it, but we need to remember and show others the better Way.