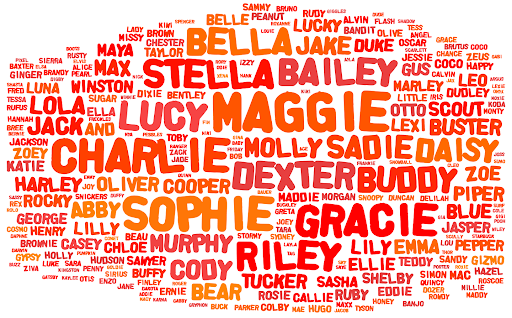 The Walls of Our Hearts

History is silted full of tragedies.  On the day I am writing this (a few days ahead of the just-past Labor Day holiday in the U.S.), my page-a-day calendar from the History Channel reminded me of the 16th anniversary of a terrible event in Russia.  In early September 2004 a band of heavily armed Chechen rebels stormed a school and proceeded to take the faculty and students hostage.

Negotiations broke down at some point and not long after that, an explosion rocked the gymnasium where the rebels had herded the students and teachers (the gym had been wired with explosive devices, though survivors later said the setting off of some of them may have been an accident).  The roof of the gym collapsed and an all-out gun battle began between Russian forces and the rebels.  Some of the students who had survived the gym collapse were put into windows to serve as human shields for the rebels.  When it was finished, nearly 400 people were dead, including just over 180 children.  An additional 700 people were wounded.  Probably none who survived did so as anything other than scarred emotionally for life.

As I read this summary on my calendar, I could remember this incident vaguely.  It was in the news at the time, of course.  So were lots of other things, including the war in Iraq and a presidential election that was two months away as George W. Bush squared off against John Kerry.  All of which is to say that this tragedy in Russia had long ago faded out of my active memory.  Put another way: I had forgotten about it.

But isn’t that true for most of us where huge numbers of historical tragedies, accidents, and outright horrors are concerned?  There are a handful of truly calamitous events that most of us know pretty well, from assassinations to terrorist attacks to holocausts to genocides.   But so many things that took even large numbers of human lives and that changed some people’s lives forever for the worse just fade from our awareness eventually.

Maybe there is something natural about this.  We can only bear so much.  We can only remember so much.  In the weeks after the 9/11 terrorist attacks, the poet Billy Collins wrote a poem called “The Names” and, of course, he meant the names of all the victims at Ground Zero and the Pentagon and in Pennsylvania that kept coming out on the news one after the next and day after day that grim Autumn.  At one point in the poem Collins had a line to the effect that there is not enough room on the walls of the human heart to write out all those names.  True enough.

Years ago in one of the iterations of the Superman movies there is a scene where the Man of Steel flies almost to the edge of space, hovering over earth from a dizzying height.  While there and with his super souped-up hearing, Superman is able to hear thousands and thousands of cries for help, all overlapping and mixing in and through one another from all over the globe.  I think in the movie the point was that it can be overwhelming to be a superhero—there is just too much work to do at any given moment.

Being a theologically minded person (occupational hazard), I thought of God and of how God alone really does hear every cry of every lonely, hurting, broken, wounded person at every moment.  What’s more, God alone has a heart big enough that God actually does have the room to record every name of every tragedy.   All those 9/11 victims, all those children and teachers in Russia in 2004, all those soldiers and civilians in Iraq and Vietnam, in World Wars I and II, in all those pogroms and holocausts and genocides and mass murders that pockmark history the way meteorite strikes have pockmarked the surface of the moon over eons of time.

Christians believe that the whole crushing weight of all that fell upon the shoulders of Jesus on the cross.  It staggers the imagination.  “Man of sorrows” indeed.   But it’s an apt thought for this fraught moment as we enter the Fall season and an uncertain future with the COVID pandemic, with a fragile moment on all things race-related, with an upcoming presidential election that promises to be difficult at most every turn and whose outcome may lead to a national crisis.

In this time, we can barely grasp upwards of 190,000 Americans dead of COVID-19 much less how many more there may be by the time the usual flu season ends in 2021.  Yes, I also have seen on social media and in the news a steady effort by some to minimize the numbers, question the numbers, claim they are inflated.   Nefarious political motivations aside, I am not sure what explains this movement.  But maybe part of it is what I just noted: we can absorb only so much sorrow at any given time.  We did not have room on the walls of our hearts for 3,000 names after 9/11.   What are we to do with nearly 190,000 names?

For some of you reading this, there is only the one name that matters: your grandpa, mother, sister, or friend who died of COVID.  There is enough sorrow for you on that one name alone.  For the rest of us, we have to do our best to relate, to empathize, to do what is difficult to do: really feel the weight of all those dear people now gone.  “It is what it is” cannot be our reaction as Christians.

It has been powerfully difficult to feel positive about a lot of things in recent months.  Probably more than a few of us are dealing with low levels of depression.   Yet somehow we can try to look to God, to that One to whom all life is precious, who holds all in his heart, who reaches out to all of history’s victims and offers the body and blood of the Son, of Christ Jesus the Lord, as a way to signal that all this sorrow that overfills every human heart will not have the last word.  Indeed, some day we will all receive new hearts that will have just one word written on the walls: Life.