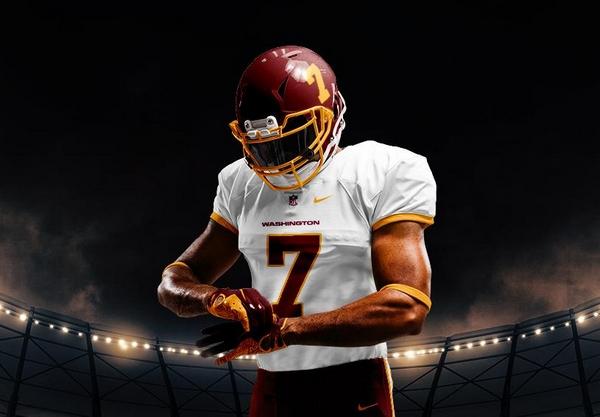 The first football game I ever attended in Iowa pitted the Dutch against the Norse. Who knew such strong ethnic sentiments still persisted? Team names like Highlanders, Celtics, and Vikings express similar ethnic heritages.

Last month, after years of pressure, Washington’s NFL team finally dropped the name Redskins. Likewise in the Canadian Football League, Edmonton’s franchise announced they would stop being known as the Eskimos. Both team names came under considerable criticism as demeaning caricatures and for perpetuating racist images. Last week, Rebecca Koerselman also commented on the change here on The Twelve.

Now the Indians, Braves, Chiefs, and Blackhawks are facing similar scrutiny. The Indians dumped their mascot “Chief Wahoo” a couple years ago as a conciliatory gesture. Then, there are a few teams like the Florida State University Seminoles that have reached out to the Seminole nation to partner with them in ways that try to be beneficial and honoring. You can always find a handful of Native Americans who aren’t opposed to such names and images, but they aren’t in the mainstream.

With Redskins and Eskimos gone, both teams have gone with generic, temporary place-holding names — Washington/Edmonton Football Team. There are all sorts of proposals floating around for new names. PETA made the droll suggestion that Washington keep their name but change their logo to a small potato. I am impressed by the creative suggestion that the Atlanta Braves keep their name but replace Native American imagery with a connection to first-responders.

Do teams have the right to be called whatever they wish? Of course. This isn’t about free speech. Likewise, I’m a fan. I understand lore and tradition and the emotional connection that develops with your team. I’m almost over my Seattle Pilots leaving for Milwaukee 50 years ago. Please don’t even bring up the Oklahoma City Thunder.

Native names may seem like an expression of admiration. In reality, they were probably more informed by crass stereotyping — wild, savage, dangerous. We wouldn’t accept names like the Darkies, Cotton-Pickers, or Yellow Peril. If the town across the river called themselves the Clodhoppers and made their mascot a crude and clumsy Dutchman, we in Pella would take umbrage.

What seems overlooked in most of these conversations are power, privilege, and social capital. Dutch people chose to name their own teams the Dutch. Names like Eskimos and Indians weren’t selected by Native Americans or for teams composed of Native Americans.

As Christians, shouldn’t we seek to listen to people, to hear grievances, and honor simple requests — especially of the marginalized? You don’t have to be marginalized to know the humiliation of having your pain dismissed as trivial, unintended or preposterous. Simply that Native Americans find these names derogatory seems like enough reason for the teams to change — or at least for Christians to support the changes.

A lot depends on who is saying and using words. That is true for these team name controversies, but also in broader and more significant ways. I can’t use the N-word. Maybe a brash African-American comedian can. As a comfortable, top-of-the-heap sort of person, I am probably not as able to read and interpret the book of Revelation as those who are crushed and hopeless.

Similar thoughts — about power equations, about letting people have their own monikers, and who is saying words — came to mind when I heard someone refer to “the LGBT alphabet soup and whatever other initials they’ve tacked on this week.” Of course, LGBT refers to lesbian, gay, bisexual, transgender. Admittedly when Q (“queer” or sometimes “questioning.”) and A (asexual or ally?) and I (intersex, persons whose anatomy doesn’t fit typical male/female categories) are added, LGBTQIA becomes a bit unwieldy. But not any more than Mathonnet-VanderWell, or lots of other alphabet soups in church and civic life.

I still feel anxious when I’m around a person whose preferred pronouns are they/them/theirs. I need to be a little extra vigilant. But I can make that effort. Soon it will be second-nature.

If this is how people wish to be addressed, I’ll try to honor it rather than complain about it. Is the complaining really about making your mouth work too hard, or is it expressing a deeper antipathy?

Many years ago I was a delegate to the General Synod of the Reformed Church in America. A proposal came for the “Black Council” to be renamed the “African-American Council.” Church leaders, who just one day earlier had enthusiastically endorsed a vision for a diverse and multiracial church, now stood in line at the microphones bristling with patronizing, petty, and scornful questions. “I remember when you were the Negro Council. Then Black. Now African-American. When will it end?” “How much is this going to cost?” “Are all constituents actually of African descent?” “Why not ‘Afro-American?’”

At last, a wise, old, African-American Elder had his turn at the microphone. With only gentleness and no guile, he spoke. “I hear your questions and I don’t have answers for all of them. Perhaps we will be back in a decade or two asking for a different name. We are people who have been troubled and hard-pressed, who are still not entirely sure how to self-identify. We’re wrestling with these questions. I ask for your patience and I ask that you honor this simple request to let us name ourselves.”

An earlier, somewhat similar version of this essay appeared on The Twelve on October 22, 2013.