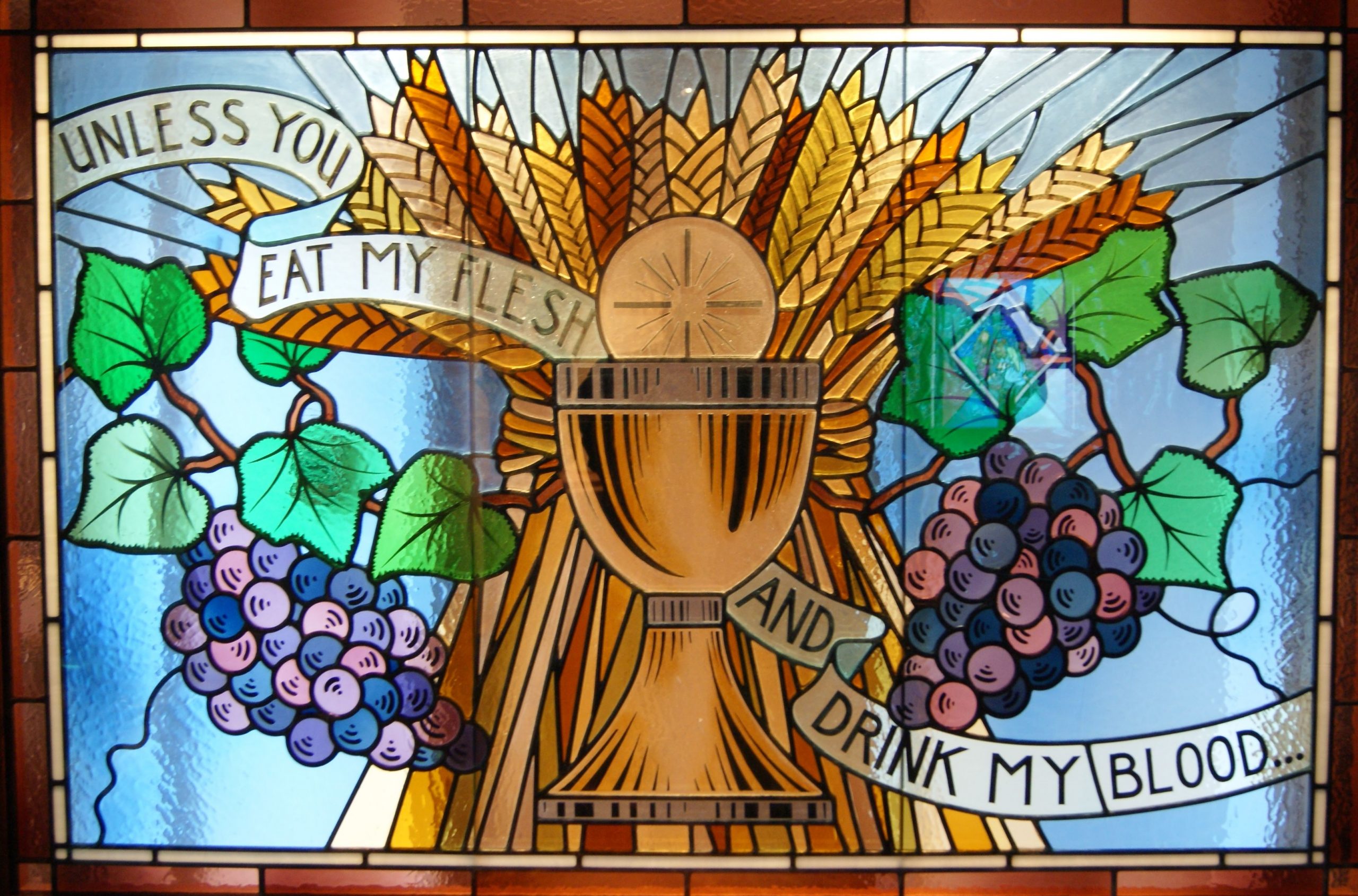 I didn’t think I’d ever be chums with John Cena, but then I suppose Covid-19 has led us all into some surprising situations.

Back in seminary, friends of mine collected life-size cardboard cutouts, like those you’d see in a movie theater. They’d sneak them into other friend’s apartments, leaving them as terrifying surprises when you turned on the light in the unfinished basement. Many of the cutouts were Star Wars characters. One was John Cena, of pro-wrestling fame.

When I first moved to the parsonage in Grand Haven and folks were joking about living in a fishbowl, I thought I would play this up by borrowing John Cena and sticking him in the windows from time to time. I never ended up doing this, and then neglected to return John, so he was relegated to the basement to sit folded up on a shelf for three years

And then quarantine hit. And I was grateful for people’s concern about how I was doing, living alone in a big house. But their concern made me realize – I wasn’t alone. I had John Cena.

Thus began the documentation of John keeping me company over the next weeks. Cooking together, doing research, watching a movie. He wasn’t much in the conversation department, but 10/10 for listening skills.

I hadn’t pulled Cena out for all of June and July, so I was delighted, while planning an outdoor baptism a few weeks ago, when the parents asked if John could attend. He was, of course, happy to oblige. This was arguably the best #quarantiningwithCena picture yet. Complete with John “holding” the baby. (And here I feel like I should state that Cena remained in the car for the actual baptism, brought out only after most people had left). We draped the baptismal towel over his shoulder. Hilarity ensued.

When one Facebook friend commented on the post, “Leave it to Laura to sprinkle some levity into a sacramental moment,” I quipped back, “What are the sacraments if not comedies of the most profound nature?” I didn’t really mean anything by that reply, but the more I thought about it, the more I realized it was true.

I’ve been preaching through Genesis this summer, and a greater cast of duplicitous, treacherous, and conceited characters you’d be hard pressed to find. Yet for some inexplicable reason, God decides to keep going with them. Early on I found this quote from Frederick Buechner, and it’s provided much of the backbone for the series:

“A good joke is one that catches you by surprise – like God’s, for instance. Who would have guessed that Israel of all nations would be the one God picked or Sarah would have Isaac at the age of ninety or the Messiah would turn up in a manger? Who could possibly see the duck-billed platypus coming or Saint Simeon Stylites or the character currently occupying the pulpit at First Presbyterian? The laugh in each case results from astonished delight at the sheer unexpectedness of the thing.

Satan’s jokes, on the other hand, you can usually spot a mile off. As soon as the serpent came slithering up to Adam and Eve, almost anybody could tell that the laugh was going to be on them. That a person as blameless, upright, and well-heeled as Job was bound to have the rug pulled out from under him before he was through. That Faust, being Faust, was sure to be conned out of his soul. And so on.

In the last analysis, the only one who gets much of a kick out of Satan’s jokes is Satan himself. With God’s, however, even the most hardened cynics and bitterest pessimists have a hard time repressing an occasional smile. When God really gets going, even the morning stars burst into singing and all the sons of God shout for joy.”

What are the sacraments then, but regularly repeated punchlines of the greatest joke ever told? Who could imagine that God would claim a person into his family, make them an heir to the kingdom, for no reason other than his desire to do so? Who could have ever seen it coming, that morning when the Son of God who was dead stopped being dead? It was an about-face that must have left the demons spinning in their tracks while the angels hooted with laughter “from astonished delight at the sheer unexpectedness of the thing.”

Comedy – particularly stand-up comedy – is funniest when you can find yourself in the joke, when you know full-well the truth implicit in the absurdity. One of my favorite comedians is Michael McIntyre, who will have me in stitches by simply describing the agonizing ordeal of hanging a clock on the wall and constantly missing the nail. We’ve all been there. Safely on this side of that ordeal, we can laugh at it.

What makes the sacraments so astonishing, so surprising, so deep-down comical, is that we find ourselves in the joke, in the story. In the ordinariness of bowl and table, we are told a truth about ourselves that we can hardly believe – that Christ’s death and resurrection were for us, that God’s covenant grace is for us, that the invitation to the wedding feast of the lamb has our name on the envelope.

Many of us, in the face of that evidence, have turned to comedy over the last few months – satires and stand up, sit-com reboots and late night anchors streaming from their kitchens. Cardboard cutouts who can’t get past mountain pose. But our whole lives are wrapped up in the story with the best punchline of all – that this is not the end of this. Death has been swallowed up in victory, and God is on the throne. The morning stars sing indeed.