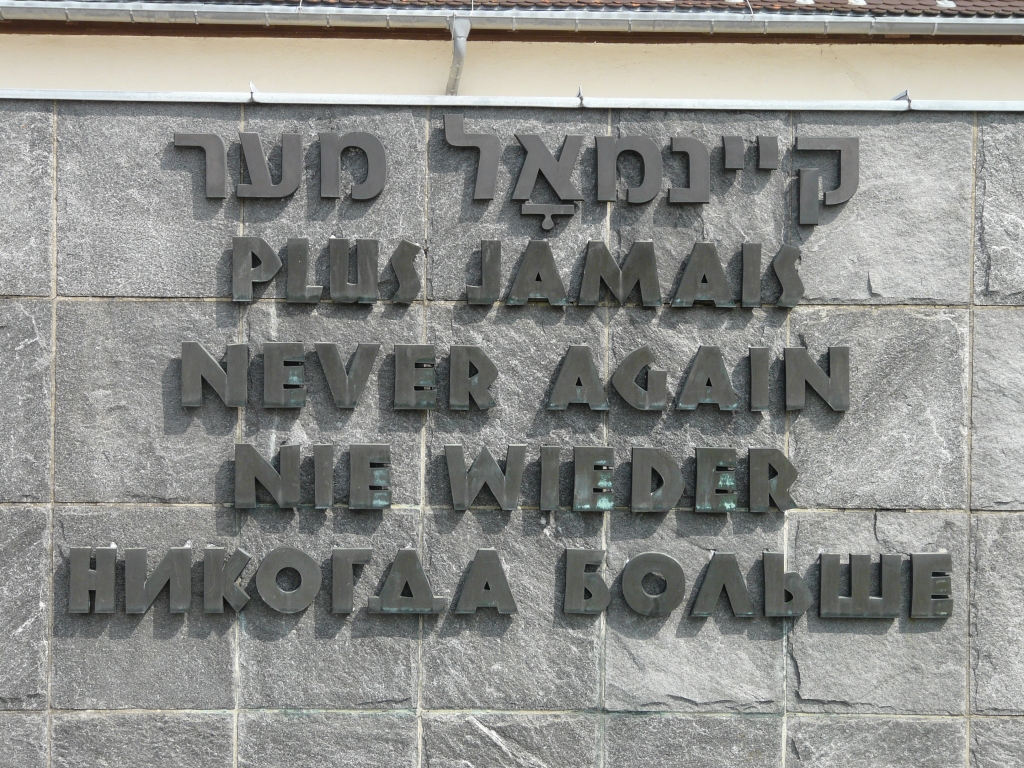 There have been several reflections here on The Twelve of late related to the current controversy over statues and memorials, including yesterday’s blog by my colleague Rebecca Koerselman.  In this blog I really don’t want to weigh too far into the controversy or the complexities that surround it.  Mostly I want to end at a point of reflection for memorials in a Christian and church context.

But I will start by risking a few general thoughts I have had.  First, I appreciate a distinction some—including presumptive presidential candidate Joe Biden in a recent speech in Delaware—have tried to make between memorials to people who might have had some disagreeable ideas or practices in their lives—think the Jefferson Memorial—and memorials celebrating (and just possibly even to this day therefore promoting) a whole movement or historical circumstance that should never have existed—think Confederate monuments that celebrate those who fought a whole war to perpetuate slavery.   Some might say that is a distinction without a difference: a Founding Father and President who owned slaves without remorse and those who later prosecuted a war to let someone like Jefferson keep doing that.   This is a point to puzzle over and I don’t have a solution just now.

What I am more sure about is that it has long struck me that those—even in my part of the country—who take delight in displaying the Confederate flag are not doing so to memorialize something they regret and wish had never existed in this country.  Similarly I suspect at least some—though likely not all—who might most protest the removal of statues of Confederate generals also do not visit such monuments only to shake their heads sadly that people once upon a time defended a system that treated an entire group of fellow human beings as chattel.  Or worse.  I don’t think that is what those statues are intended to engender in people’s hearts.

In the last month or so I have seen a few posts and memes making the rounds on social media that have tried to make a parallel analogy to the fact that Germany has left most of the Nazi concentration camps intact as memorials and so maybe that is like our Confederate memorials here.   Two things strike me on this point: first, having visited Buchenwald, Dachau, and Bergen-Belsen, I can say with confidence that these camps serve as places of lament and sorrow over what happened as well as warnings never to let it happen again.

Indeed, the stone outside the Dachau camp near Munich makes it explicit with the engraved words “NIE WIEDER” or “Never Again” that serve a kind of tone-setter for what you will observe inside the camp.    Near the ovens where so many Jews and others were burned to death, there is another stone memorial that grimly tells visitors “Denket Daran Wie Wir Hier Starben” (“Ponder How We Died Here”).

These are places of lament, places that force one to deal with the sorrow and the pity of it all.    Yes, Germany has let these already-existing camps continue to exist in this form but if someone somewhere else in Germany since 1945 had suggested putting up statues displaying Hitler or Himmler or Goering in a noble light, they would have found it impossible to do so.  And the reason is obvious enough that I won’t point it out nor mention the connection to the origins of most Confederate monuments at the center of current debates.

Christians have long had their own form of monuments and even a tradition as originally iconoclastic as the Reformed tradition has maintained some of these.  The chief such memorial is the cross itself of course.  As Neal Plantinga has pointed out many times in his writings over the years, Christians long ago became inured to the sight of the cross.  It no longer strikes us as the oddity, the sheer scandal, that it properly ought to be.  How did the single most dreaded symbol of vile execution in the Roman Empire become something to stick atop a steeple, put into sanctuaries, drape around one’s neck or stick through one’s ears as pieces of decorative jewelry?   (Imagine, Plantinga has suggested, seeing someone do these things with an electric chair!)   The cross was a horror.  It is the place where Christians believe the world did the worst thing it has ever done: murdered the very Son of God.

But because Christ did the paradoxical thing of defeating death on that instrument of death, it transformed.  It became a symbol of hope and even glory.  The cross now serves sort of like those concentration camp memorials in Germany: as something emblazoned with the slogan “Never Again.”  Never again will God’s Son have to suffer the dereliction and public shame of that ignominious cross.  But as the New Testament is at pains to point out—especially in Paul’s letters but also in the Book of Hebrews—the cross says “Never Again” for every one of us.  To riff on a traditional hymn, we are supposed to see the cross and think “My sin, not in part, was nailed to that cross and I bear it no more!”

Memorials that help us lament what should not have been and that warn us never to let it happen again serve a noble, albeit somber, purpose.   Memorials that in any sense inspire nostalgia for what ought never have been or that lead to wishful thinking that we could go back to those bad old ways serve no purpose.   But a memorial like the cross remembers what ought never have been (but that had to be for God to redeem our mess of sin and evil) while at the same time inspiring all the resurrection joy the Christian faith has to offer.

And oh yes, that same cross serves as a warning that points to the future, too.  Given what Christ did for us on that cross, we see that going forward now we are to be changed people, treating all people we meet with the love and dignity God gave them when God imparted the divine image to every one of us.   The cross as living memorial summons that in us too.   Or it surely should.