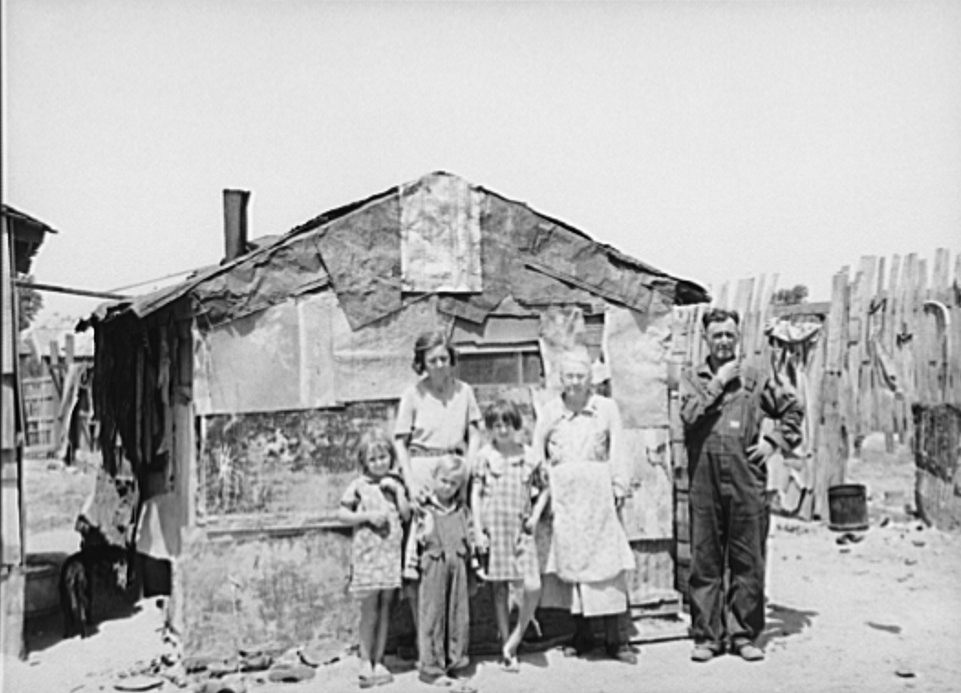 A Mansion Just Over the Hilltop

I’m satisfied with just a cottage below
A little silver and a little gold
But in that city where the ransomed will shine
I want a gold one that’s silver lined.

I’ve got a mansion just over the hilltop
In that bright land where we’ll never grow old
And someday yonder we’ll never more wander
But walk the streets that are purest gold.

This was an atypical song in the hymnody of my childhood. I was surprised when it recently resurfaced in my memory. Increasingly I find myself sifting through memories and sorting odd experiences as I wonder why I am who I am.

The Reformed congregation of my childhood in suburban Seattle was a “church extension project” — church planting before it became cool and compulsive. My father was the pastor. Memories of our worship, especially originally, was that it was “standard” Reformed — solid, sober, stout. Like a bran muffin — healthy, dense — not exciting or delicious, but good for you.

You didn’t need to be a sociologist to realize that there was no future for a congregation in the Seattle area that was a Dutch enclave. A sprinkling of evangelical and “charismatic” gyrovagues* drifted in, attracted I think by our stability and substance, while trying to inject their jovial accessibility.

A family with four young boys, roughly my age, appeared. Their father was a successful businessman and some sort of “lay preacher” with an evangelical group. He was eager to help my father. Looking back I wonder if I was defensive of my dad. I developed a quiet distrust, maybe dislike, of this man. He was many things my father wasn’t — garrulous, corny, moneyed. He even wore an open collar shirt to worship, no tie!

One of his ideas was to widen our congregation’s musical palette. He purchased, out of his own pocket, a “song book” to augment our hymnal. Our hymnals were staid maroon with a hard cover. The new song books were electric blue, spiral bound paperbacks. One looked like it should last generations, the other disposable.

And that’s where I came upon A Mansion Over the Hilltop, sung with the lay pastor upfront acting as “song leader.” Somehow we’d always been able to sing our hymns without one.

But I liked it. The song was zippy and energetic. And for whatever weird reasons, the lyrics too found a home in my ten year-old heart. It was like skittles instead of a bran muffin.

Doing a little background googling, I discovered some fun tidbits about Mansion Over the Hilltop. Who knew that Elvis recorded it? And the story behind the song is so scripted and sugary, I doubt its veracity — a poor girl, her family’s shanty. But it’s definitely a case of “if it’s not true, it should be.” It is a perfect example of American evangelicalism’s knack — wisdom really — for a story to tug on the heart strings. Yes, that often becomes sentimental and manipulative, but the instinct is a good one.

Now looking back many years, I wonder if my strained and convoluted relationship with American evangelicals might be rooted here. Admiring, even jealous of their charisma and sunniness, but also distrustful, never quite able to get onboard.

Can we extrapolate from Mansion Over the Hilltop to American evangelicalism in general? I have no difficulty in critiquing evangelicalism. However, I am going to work in the other direction. Is there more than sugar and sentimentality here? What might be good and true in the song? And maybe even, how does any of this help me understand myself?

Wanting a mansion would have never occurred to me before crooning this song. That could be simply because we were squarely 1970s middle-class Americans who didn’t live in a shanty. But it feels like there was more to it. A mansion — wanting one, expecting one from God — would be vulgar and flashy and base. God wanted us to be higher-minded. Maybe God was so wrapped up in being the Universal Sovereign you really didn’t want to bother him with tangible — and thereby trivial — things. Such things weren’t “spiritual.”

But what if it’s actually good to let people know that God cares about human desires, about their ordinary, daily life? Maybe Mansion Over the Hilltop lets people know that their human needs aren’t all vulgar and that tangible things aren’t all base. Sure, there are the “Lord, please find me a parking place” prayers, and the excess of the prosperity gospel. But in the intervening years, I think of how this more tangible gospel has come to be seen in everything from a new appreciation for the sacraments, to a concern for social justice, to a God who is more among — in the trenches, alongside the suffering — rather than above and beyond.

But it wasn’t the promise of a mansion that drew me to this song. It was hope, a strong and urgent hope of a better day, a voice of a world we wish would be. Perhaps I was too young, too unaware to sense it, but eschatological hope didn’t seem to be part of my childhood religion. Christianity was a somber holding pattern, not a wild hope. Of course again there are the excesses, the apocalyptic fanatics, the end-of-the-world-predictors. And there’s the danger of deluding the destitute with promises of “pie-in-the-sky-bye-and-bye.” These critiques are more than valid, but they still cannot derail the eschatological energy that fuels Christianity.

Do I want to sing Mansion Over the Hilltop — again? Not really. Once in a great while might be alright. I’ve been going out of my way to be gentle and generous in trying to decipher why I once liked it so. We could more easily flip the lens to find its flaws and omissions. But I now see how it nudged me toward aspects of faith that over time would become essential to me. It filled gaps in my faith. Although I feel like I have been harsher, more critical, toward my religious upbringing than I intended or expected to be.

*gyrovague: a wandering monk without leadership or loyalty