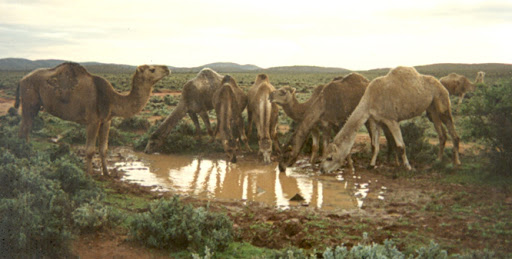 But to what will I compare this generation? (Matthew 11:16)

I mistrust the lazy piety of unexamined biblical narratives and “Hallmark” religious poetry. A loaded sentence, I know. I’ll just say I come by those sensibilities honestly, by nature and nurture. That’s the risk—and the value—of being present for your elders’ vigorous Sunday dinner sermon critiques. When encouraged to think critically, the next generation’s response to “the faith of our fathers” can be an all-in commitment to pass it on, or sometimes, well—“I’ll pass on it.” As a child, parent, and grandparent, I know this to be true, and I wouldn’t have it any other way.

About religious poetry. If it doesn’t touch the God questions that regularly infiltrate the belief lobes of my brain, no thanks, I’ll pass. The religious poets I am drawn to are those who interrogate biblical characters and themes honestly, even (especially) when there’s no tidy bow at the end or, if there is an affirmation, it’s hard-won. I trust that, just as I trusted my theologically nimble ancestors.

All of which is probably why I appreciate the poetry of a now 99-year-old Benedictine monk and scholar, Kilian McDonnell. His biography is impressive and interesting, including several intersections with Reformed thought. Given what I’ve just described, you’ll understand why I appreciate the reviewer’s comment that McDonnell doesn’t write inspirational verse, but rather, he writes about biblical people who have big problems with God from time to time—if we’re honest about it, people like us.

McDonnell chooses to revoice in earthy, colloquial language some of the most complicated stories of the Bible, including the credible feelings and resentments of women in that entrenched patriarchal culture. McDonnell addresses contemporary issues of faith in his poems, as well. The absence of God appears prominently, as do aging monks who struggle to remain faithful. Big problems, people like us.

In his essay, “The Poet in the Monastery: I Do Not Tell ‘Noble Lies’” (Yahweh’s Other Shoe, pp. 104 ff) McDonnell likens his poetic impulse to Jacob wrestling with God. “I invite the reader to stand close enough to smell the sweat, hear the heavy breathing, enter the mystery, experience what I experience as I challenge God on the mat. I invite the reader to limp away with me.”

McDonnell is grounded in a monastic life of scholarship, scripture and the Eucharist. Against that backdrop, his contention with God renders his affirmations all the more compelling, the mystery to which he bows all the more sacred. He speaks of the infinite separation between God and the experience of God, noting, “In this betweenness stand art and poetry.” Remarkably, McDonnell didn’t enter the betweenness of writing poetry until age 75. Five volumes of his poems were published within eleven years (2003 – 2014) all of which are still in print.

That’s an introduction for what’s to come. Beginning today and for the remaining Sundays in July, I’ll focus on one or more of the day’s Revised Common Lectionary texts through the lens of particular poems by Kilian McDonnell. I hope this series might introduce you to a wonderful poet, and invite you to reconsider familiar biblical stories through his imagination.

In today’s texts, I see an interwoven thread of evolving generations wrestling with how to respond to God. That theme is front and center in the Genesis passages on the lectionary docket for most of this summer, the saga of Abraham and Sarah and their descendants. They’re reckless, fickle, jealous and scheming with one another and God. Sometimes, they follow their forebears’ faith playbook all the way, sometimes resist, sometimes repent. But struggle they do—people like us.

Today’s Genesis text recounts the story of Abraham’s servant on the hunt for a wife for Isaac from among his master’s kinfolk. On the surface, everything goes smoothly, nose ring and all. Everybody is compliant and the marriage is consummated in the tent of Isaac’s deceased mother, Sarah (now there’s a subject for a poem!).

But Kilian McDonnell knows the family history well. For starters, in his poem, “The Call of Abraham,” he imagines the internal riposte between “go” in chapter 12:1 and “went” only 3 verses later. The boxing gloves are on from McDonnell’s first stanza: Talk about imperious./Without a by-your-leave,/Or, may I presume?/No previous contact,/no letter of introduction,/no greeting,/just out of the blue/this unknown God/issues edicts.

Toward the end of Abraham’s multi-stanza rant, though (read the entire poem here), he remembers God’s astonishing promise. The final couplet is the beginning of everything: “You come late, Lord, very late,/but my camels leave in the morning.” Who among us can’t appreciate that in Kilian McDonnell’s parlance, the foreword to Heilsgeschichte is a caravan of waiting camels?

McDonnell devotes several poems to the old (and odd) couple’s meanderings in Canaan, stopping with them to address some “big problems” including Sarah in the bedroom of Pharaoh and that most unthinkable family crisis, God’s command to sacrifice Isaac (“…what kind of deity is this who asks this horror,/whose will lies in the absurd/and in the abyss beyond?”).

While McDonnell doesn’t treat Rebekah’s marriage to this rescued child of the covenant, her own favorite son, Jacob the supplanter gets his poetic attention numerous times. From the outset,“Jacob’s God on Probation” signals that passing on the faith of his fathers is going to be complicated. I’ll conclude with that poem. If this poet gets your attention, he (and I) will be back next Sunday.

“Jacob’s God on Probation” (from Wrestling with God, p. 46)
If God will…give me bread to eat and clothing to wear…then the LORD shall be my God. Genesis 28:20

Some things I cannot choose,
father, clan, and height.

But I will decide whether
I’ll take Isaac’s God as mine.

God should remember,
a promise is a promise. No diddling five

and twenty years before delivering
as with Abraham.

I’ll not allow endless repetitions
of thin-worn pledges. No more

absurdities like asking Abraham
to sacrifice his only son.

If God delivers upfront,
I’ll think about bending the knee

before him. Promises are not legal tender
and I lay down the terms.

if they find me a sturdy wife,
who makes my knees go weak,

then I’ll consider bending the knee
before Isaac’s God.