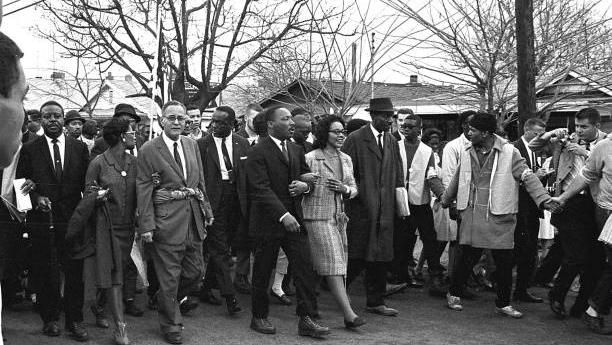 Comedian Jon Stewart, original host of the Comedy Central program The Daily Show, may or may not have very many religious sensibilities.  Stewart is capable of some amazing comedy in the skewering of the day’s news—one thinks of the delicious relish he and his team took in dealing with the absurd story of Vice President Dick Cheney accidentally shooting a fellow hunter in the face, for instance.   And although Stewart’s program really was in a sense the original “fake news”—it was a send-up of news programs not itself serious journalism—the biting satire and on-point commentary frequently made The Daily Show a more thoughtful program than what actual newscasters managed to pull off a lot of the time.  But Stewart’s language was laced with profanities and this turned a lot of people off—sometimes he could be offensive to even those who mostly appreciated him.

In any event, Stewart recently gave an interview to the New York Times Magazine and in the course of so much else he made one analogy that struck me with peculiar force.  Stewart noted that after all of six weeks of the quarantine lockdown this spring due to COVID-19, armed white men started to storm state capitols (like in my home state’s capitol of Lansing, Michigan) demanding to be set free form the enforced stay-at-home captivity.   The President linked himself to their cause, tweeting things like “LIBERATE MICHIGAN!”  Six weeks.  And it was too much.  Six weeks.  Forty-two days.  Set us free!

Stewart then noted that blacks in the U.S. have been in captivity for 400 years ever since the first slaves were deposited on America’s shores.  Four centuries of literal oppression, economic oppression, oppression of opportunity; of red-lining and Jim Crow, of lynchings and discrimination, of police brutality and murders as flared again this spring, culminating with the on-camera murder of George Floyd.  Yet when people began taking to the streets in mass protests in May, a sentiment one could read on social media again and again was “Why can’t they just wait?  This isn’t the time.   Wait.”

Six weeks in quarantine and we tell armed white guys, “OK, OK: you can go back to your bars and barbershops” even as not a single state trooper accosted or intimidated these men.  Four hundred years of racial oppression and we tell protestors “Calm down. Wait” and then fire rubber bullets and tear gas at them (and this happened to peaceful protestors, too, not just the opportunists who exploited this for violence and looting).

As Stewart noted: all you have to do is spy that disparity and you know all you need to know.

I was thinking about all of that again last week as a class I am teaching online this summer read Martin Luther King Jr’s Letter from a Birmingham Jail.  If you have read that magnificent manifesto even once, then you cannot fail to remember its core searing paragraph that—as most of my students noted last week—is so spot on for this moment in 2020:

“For years now I have heard the word ‘Wait!’ It rings in the ear of every Negro with piercing familiarity. This ‘Wait’ has almost always meant ‘Never’ . . .    We have waited for more than 340 years for our constitutional and God given rights . . .   Perhaps it is easy for those who have never felt the stinging darts of segregation to say, ‘Wait.’ But when you have seen vicious mobs lynch your mothers and fathers at will and drown your sisters and brothers at whim; when you have seen hate filled policemen curse, kick and even kill your black brothers and sisters; when you see the vast majority of your twenty million Negro brothers smothering in an airtight cage of poverty in the midst of an affluent society; when you suddenly find your tongue twisted and your speech stammering as you seek to explain to your six year old daughter why she can’t go to the public amusement park that has just been advertised on television, and see tears welling up in her eyes when she is told that Funtown is closed to colored children, and see ominous clouds of inferiority beginning to form in her little mental sky, and see her beginning to distort her personality by developing an unconscious bitterness toward white people; when you have to concoct an answer for a five year old son who is asking: ‘Daddy, why do white people treat colored people so mean?’; when you take a cross county drive and find it necessary to sleep night after night in the uncomfortable corners of your automobile because no motel will accept you; when you are humiliated day in and day out by nagging signs reading ‘white’ and ‘colored’; when your first name becomes ‘nigger,’ your middle name becomes ‘boy’ (however old you are) and your last name becomes ‘John,’ and your wife and mother are never given the respected title ‘Mrs.’; when you are harried by day and haunted by night by the fact that you are a Negro, living constantly at tiptoe stance, never quite knowing what to expect next, and are plagued with inner fears and outer resentments; when you are forever fighting a degenerating sense of ‘nobodiness’–then you will understand why we find it difficult to wait.”

And all of this came to me again about two weeks ago when my Center co-sponsored a webinar put on by Odyssey Network and the Day1 radio program.  The webinar was designed to talk to pastors who are seeking to navigate today’s difficult waters.  All of the panelists were wonderful but I was particularly struck by Rev. James Forbes, Jr., and his first set of comments beginning already at minute #3 on the video linked here.  Forbes noted that for all the reasons to be discouraged right now, he is hopeful because maybe this 400th anniversary of the oppression of blacks in the U.S. mirrors Israel’s 400 years in Egyptian captivity.  Maybe liberation is coming!   And yes, Forbes noted, apparently as in Egypt, so now: before liberation might have to come plagues!

These things have been swirling in my mind of late: Stewart’s observations, King’s Letter, Forbes’s optimism.  I hope and pray the time to cry “Wait” is over.  I hope and pray after 400 years of bondage something meaningful will happen.  I hope and pray that those who stoke racial animosity or who are simply tone deaf to the meaning of this moment will rapidly find themselves to be on the minority fringe of history and will be overtaken by all those who are trying to march on to a better day.  It won’t fully come until the kingdom comes, that’s true.  But Christians of all people who have that vision and who should even now be on that trajectory must help lead the way.