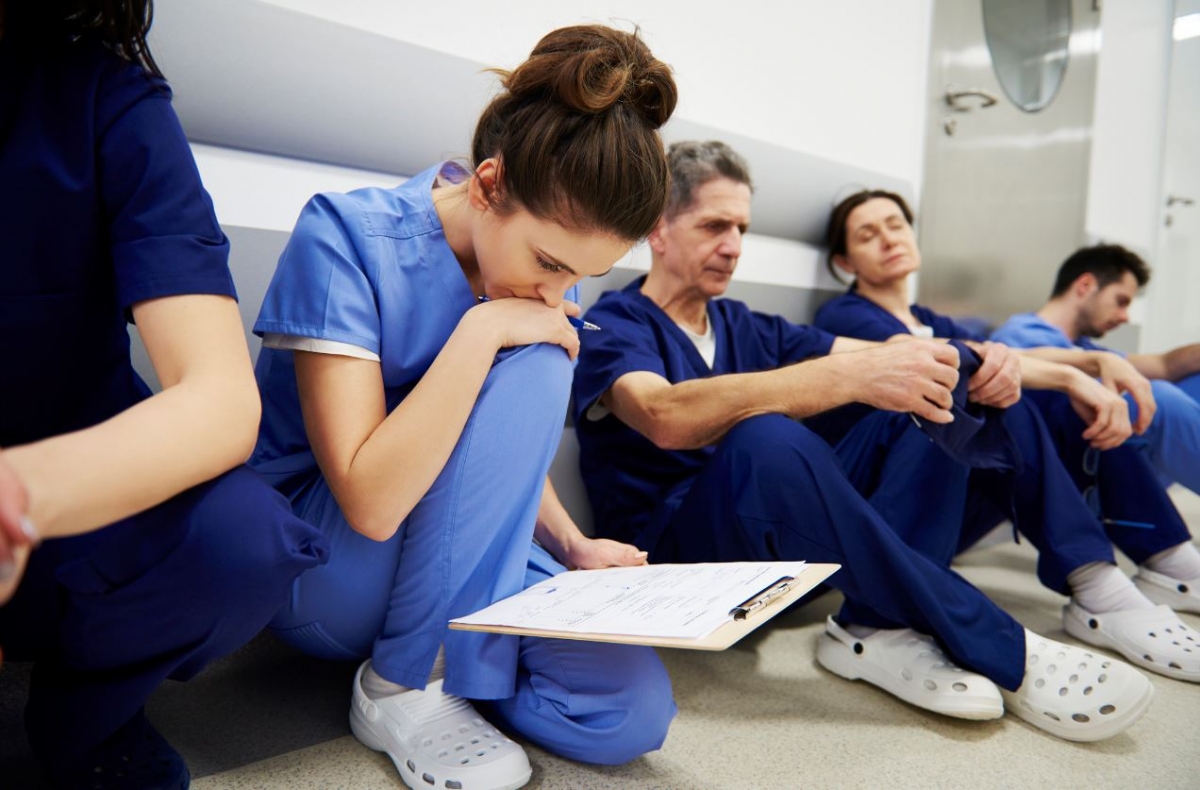 Go and Do Likewise

Please welcome Kyle Meyaard-Schaap, who has graciously offered to guest-post for me today. Thanks, Kyle! – Debra Rienstra

I’ve been thinking a lot lately about the Parable of the Good Samaritan. I’m not entirely sure why. It doesn’t ordinarily occupy a place of privilege at the top of my mind. But then, there’s not much that’s ordinary about these days, is there?

There’s one detail in the story that I can’t shake. It’s usually lost in the popular telling of the story (i.e., man helps other injured man, hooray man, be like that man). But it’s a detail that’s crucial to the larger point Jesus is trying to make.

The hero of Jesus’ story is a Samaritan, and Jesus’ listeners hated Samaritans.

The roots of the animosity between the Samaritans and the Palestinian Jews during Jesus’ day ran deep, having to do with each group’s claim to God’s chosen promise. They were deeply related people groups with almost carbon copy traditions, yet both laid claim to the orthodox high ground and were willing to shed blood to defend it.

So, suffice it to say, there was significant shock value to Jesus’ narrative choice here to place the hated enemy at the center. And in case his audience wanted to brush aside this irksome detail, Jesus almost rubs their faces in it. He parades a priest and a Levite—the religious and cultural leaders of Jesus’ day—past the dying man first. These were the obvious heroes. Yet each of them chooses to privilege the purity codes that would have them avoid a bloodied man over the Jesus way of compassion and mercy. And because the road from Jerusalem down to Jericho was more of a narrow footpath carved out of a rugged mountainside than an actual road, it’s safe to assume that both of them literally “stepped over” the dying man in order to continue on their way.

As the beaten man lay cold and alone, clinging to consciousness, a third man rounds the bend in the road. It is a Samaritan—the ostracized other—who stops. A Samaritan who shows us what true compassion and love looks like.

Here’s another detail I can’t shake: Jesus tells this story in response to the question, “Teacher, what must I do to inherit eternal life?”

That question, “what must I do,” has been weighing on me these last couple of weeks. Maybe it’s been weighing on you, too. The idol of personal safety and the reflex toward self-preservation has me, like the questioner asking his follow-up question (and, uh, who exactly is my neighbor?), seeking to justify myself.

To cordon off the boundaries of grace and mercy and parcel it out in carefully rationed doses to only a select few. Mostly my family and myself.

But I have this uneasy feeling that Jesus has other ideas and, like his first audience, he’s kind of rubbing my face in it. Instead of letting me retreat in peace, closing ranks around everyone and everything that’s safe and familiar, Jesus holds out to me a Samaritan. A Samaritan who looked upon the other, saw human flesh, and chose scandalous, risky, and abundant love.

A love that resists racist tropes and misinformation that would have sought to dehumanize the dying man and place him outside his realm of concern.

A love that seeks the good of another, regardless of who they are or what group they are—or are not—a part of.

A love that multiplies mercy rather than hoarding it away like so much toilet paper (sorry, I had to get a toilet paper reference in somewhere).

And here’s what I can’t run away from: in the midst of this crisis, the same choice is in front of me, too.

Will I stop trying to justify myself by drawing hard boundaries around love and grace? Will I stop asking, “who is my neighbor” and start asking “how can I be a better one?”, especially to those whom society dismisses as “other”? Will I check in on that elderly neighbor down the street—like actually go knock on the door? Will I push back against ignorant and dangerous attacks on my Asian American brothers and sisters? Will I advocate with my legislators for rescue packages that center the most vulnerable? Will I choose to stay home as an act of public love for total strangers—healthcare workers and folks at high risk—who can’t afford to contract this disease?

Or will we step over one another in our rush toward personal safety, rationing our care and concern as if mercy were a zero-sum game and love were somehow a winner-take-all proposition?

If I’m being honest, I’m not at all sure which choice we (read: I) will make. But I do know that Jesus holds out to all of us a Samaritan who made the choice to love with abandon, and then beckons us to “go and do likewise.”

In these unprecedented times, may we all find the courage to go and do likewise.