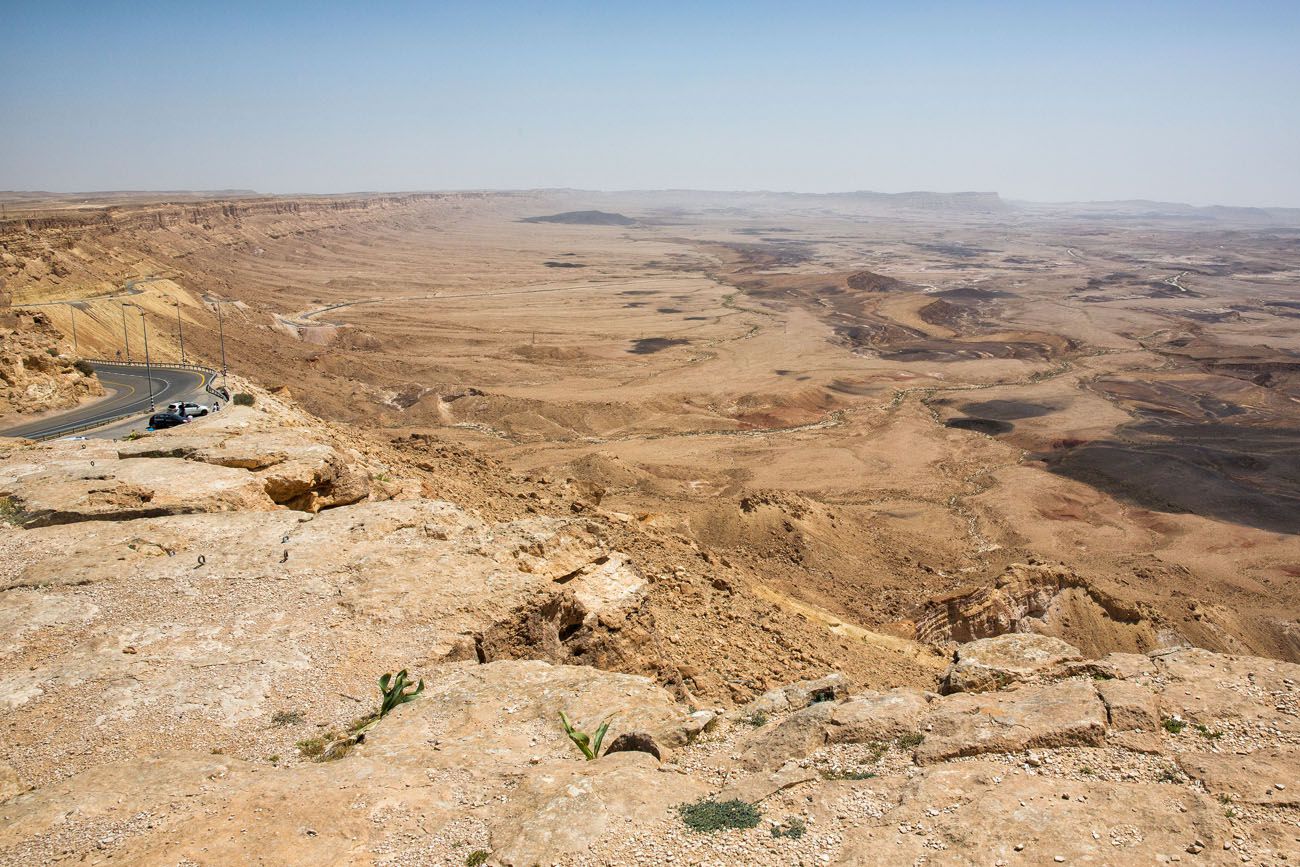 I said, “Yes!” without really thinking about it. This group of young people had become my friends. We had worked together in the expansive greenhouses of Nes Ammim, a moshav nestled in the Asher valley of Western Galilee, Israel where my family and I were spending a year long sabbatical.

Walking between the long rows of Mercedes and Jaguar roses, we had cut nearly three million of them, not counting the imperfect ones we had thrown away. My friends had taught me to recognize when a bud was ready for cutting, to prune for maximum production, and to detect the dreaded red spider. We had cut through seasons of withering heat, damp cold, and violent rains. They put in long hours and worked hard, these young volunteers from Europe.

I said, “Yes! I’d love to hike the Negev desert with you.” I was flattered that they had asked. I didn’t think about the condition of my left-knee, which is missing the anterior cruciate ligament, or the conditioning of my friends, who were more than twenty years younger than I was — two of them had been training to run the Israeli marathon at Ein Gedi by the Dead Sea.

The next day we spread maps over the table and planned the route and the meals. Three years before, one of my friends, Andries, had hiked to a remote spring-fed oasis and happened upon a pair of black panthers, extremely rare and seldom seen. He wanted to look for them again.

I wanted to wander in the wilderness, hoping perhaps to find an elusive God as so many before me had done: Moses and the burning bush; Hagar and the spring of water; Elijah and the still, small voice. The hike would take three days, and we would have to carry our own water. Liters of water! I reached instinctively for my left-knee.

Thousands and thousands of pilgrims like me come to Israel/Palestine each year. We come because we have heard that there is something spiritual in the geography, something sacred in the particular constellation of sky, land, and water. And sure enough, the geography begins to affect you. In the Asher Valley, the crystal clarity of the sky alters your sense of distance and gives you a feeling of connectedness to the world around you, a feeling of omnipresence. You are convinced that you can reach out and touch the distant Judean hills at sunrise and the stars after sunset.

The rhythm of the sky dominates life and transforms the land — sun and cloud, heat and cold, drought and rain, summer and winter. The summer sun is demanding and exacts a heavy tribute of water from both the people and the land. It shrivels and cracks open any surface it touches, whether skin or soil. The winter rains are graceful. They fall abundantly and paint the barren landscape with colorful grasses and shrubs, fruits and flowers. Unlike the more gradual change of season in much of North America, the change in the Asher Valley happens in a matter of days, a virtual twinkling of the eye. The life-giving power of water is so evident that it awakens a slumbering soul to the presence of God. Is it any wonder that this corner of the world is the cradle of Judaism, Christianity, and Islam?

If the land is a canvas upon which the sky paints, the Negev is a gallery. Every turn on the trail is another display of breath-taking beauty. The fine brush strokes of sun, rain, and wind have created canvasses that shimmer like those of van Gogh. Yet the desert is jealous of its beauty. The heat exacts a heavy toll from its visitors, and the uneven terrain punishes any misstep with twisting pain.

On the very first morning of our hike, the desert was getting the best of me. The water was heavy on my back. I was unsteady and found myself concentrating not on the beauty around me but on my feet. I placed one foot in front of the other and mindlessly counted my steps. After a few hours of hiking, we rested in the shade of a rock and drank our precious water. I gulped greedily the water and experienced a double blessing. It refreshed me and lightened my load.

Andries, our leader, said that there was a spring ahead. But I could not imagine where. The ground ahead looked flat and lifeless. We soon came to the rim of a box canyon. Looking down, I saw green at the enclosed end of the canyon and a small ribbon of water running away. We descended the canyon wall and followed the ribbon of water to its source. There was a pool, and above it water was trickling down from a layer of rock about halfway up the canyon wall.

Andries explained most of the layers of sediment making up the crust of the Negev are porous but a few are not. What rain there is falls to the ground and seeps through the layers until it comes to an impenetrable one. Then the water moves laterally and downward until it finds a break in the layer and falls into a pool. Here was a deep pool, a concentration of water from miles and miles of desert.

We stripped to our underwear and stood on the edge, toeing the water and inhaling its fragrance. Like pilgrims who had arrived at the gate of heaven, we were giddy with anticipation. This lush oasis was so unexpected, so unprecedented, so undeserved.

I dived in and felt like I had broken a plane and passed into another zone. The cool water enfolded me and held my tired body. I stayed in this deep embrace until my lungs reminded me of my place in the world I had left behind. I resurfaced, inhaled, and dived again and again and again.

Eventually, I pulled myself out and sat on the edge of the pool with feet dangling in the water. I watched the steady stream falling from the canyon wall above the pool and observed the grasses growing and the flowers blooming both on the wall and around the pool—a hanging garden.

I felt like I had just been baptized and claimed by God.