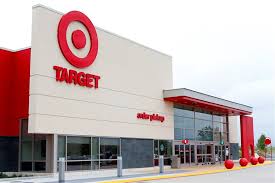 How Do I Know?

It was a mixed shopping bag this week for Brian Cornell, chairman and CEO of Minneapolis-based retail giant Target. After stock prices had surged this year to record highs on robust growth, the company reported Wednesday that holiday sales increased a mere 1.4 percent. Stock prices lost seven percent, and the chief stores officer “retired.”

It wasn’t any better for Mike Zimmer, head football coach of the Minnesota Vikings, the star-crossed NFL franchise four times a contestant but never the winner of the Super Bowl. The Vikings made the playoffs this season, even won a game, but then lost badly last weekend. The talk of the week: should Zimmer be fired?

Meanwhile, the U.S. Department of Agriculture reported this week that Minnesotans planted nearly a million fewer acres of soybeans in 2019 than in 2018. Nationally, soybean acres planted fell 14.6% during the same period that suicide in rural areas climbed to unprecedented levels, 25 percent higher than in urban settings.

Numbers are hard to ignore. In the Presbytery I serve, what was 25,000+ members a decade is now sixty percent of that, driven both by the loss of (some big) congregations to another denomination — because, like everywhere else, our only way to talk theologically and live faithfully around issues of sexuality is in separate rooms of the house — and the membership retreat so pervasive in mainline denominations. Bums (people in the seats), budgets, buildings, baptisms — all down. We’re not Target, we say, and yet we still count, still gauging our identity on numbers. Just think: the next denomination to set its assessment or ministry share or per capita or (insert your denominational lingo here) on the basis of regular prayer or homeless people fed will be the first.

What is the work of the church, I asked here last week, and what difference do we hope to make in the world around us? And, in this deeply divided world, in a deeply divided church, on what basis do we know and live that?

I remember how we wrestled with metrics during my nine years in the education and faith formation office of the RCA. Every one of us told stories of walking for years with someone, only to see the faith-light go on at the least expected time. (“Because, who knows what surprising glimpses of victory the strange providence of God might have planned?” wrote Jared Ayers so eloquently here on Wednesday.)

Ours was to plant seeds. Who were we to decide when the Spirit would give the growth? And so we measured our busyness instead, meetings held and resources written, unlike the church growth folks with their metrics of certainty. Faithfulness was key, although truth be told, faithfulness was in many places simply a loose translation of, “I/We like doing things only and always the way I/we have done things, so get off my lawn!”

Now, the coming generations continue to abandon us in droves. Meanwhile the people whose hearts long for the church they once knew have still not confronted the practices that will never work again like they did five decades ago.

How do we know the difference we make (should be making) in the world around us? Should congregations adopt higher-ed’s rush to rubrics and assessments? (Yes, I wrote my share.) Replace Hebrew and Greek with classes on “adaptive leadership” and “culture building” and “engaging stakeholder curiosity”? Embrace Carey Nieuwhof’s “four big trends” and “five things a leader will always get right”? Or do we stick with “faithfulness,” knowing there are as many definitions as users of the words?

That’s our dilemma in the church, isn’t it? A work, a ministry that is both spiritual and institutional. A set of deep beliefs and an expensive roof repair. Highly independent while sharing a single label. A thousand churches in a million ways doing a million things.

Our constitutional questions ask about following our Lord Jesus Christ, loving our neighbors, and working for the reconciliation of the world. Nowhere is there mention of strategic plans or purpose-driven initiatives or paying the electric company. And because we don’t ask, the assumptions that drive our behavior remain mostly hidden. Accountability stays undefined and somewhat arbitrary. Is it faithfulness or the usual numbers that describe us?

How do you know?

I don’t, to be honest. Maybe that’s why, 32-plus years into this work, I’m still publicly wrestling with this stuff, still privately experiencing sleepless nights, still working on the self-differentiation and boundaries that can keep me healthy. I wish it were different. I wish I could go home at the end of every day easily assured of my answer. Faith, I say. Believe in God; believe also in Jesus. We’re not Target. We are a people who belong, to God and to each other.

Which is why I have this deep inkling that the answer truly does lie in “the strange providence of God;” in the journey and its companions more than the destination; maybe in the words of a prayer spoken by William Sloane Coffin: that what measures our work is:
* a hope made wise by experience and undaunted by disappointment;
* an anxiety about the future that shows us new ways to new things but does not unnerve us;
* a reminder that our influence is greatest when our power is weakest; and
* the knowledge that simple blessings will see us through—health, food, sleep, one another, and the seasons of God’s creative hand.

There’s one final thing I learned this month that may contribute to this discussion. But that’s for next week, ‘cause I’m way over my word limit.