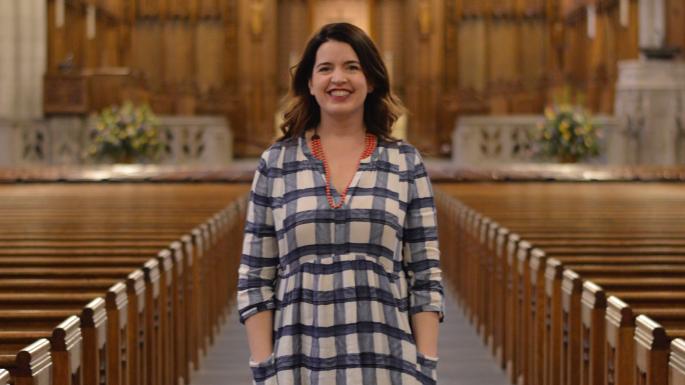 Patriarchy, Power, and Precarity in the Evangelical Church

I was fortunate enough to spend a week at home over Christmas, which meant I also had the chance to raid my dad’s excellent collection of books.

One of the books I tore through that week was Kate Bowler’s latest book, The Preacher’s Wife: The Precarious Power of Evangelical Women Celebrities. For those who haven’t had the chance to read it yet, Bowler summarized her research in a piece for the New York Times in October.

The book explores the history of evangelical women celebrities. It highlights the various ways these women have carved out spheres of influence within American evangelicalism, where many churches still maintain strictly complementarian and patriarchal views.

It’s a fascinating look at the roles evangelical women play in churches and parachurch ministries. In the chapter, “The Preacher,” for example, Bowler looks that the ways evangelical women get around the prohibition against women preaching. Maybe the women have promised to only teach women, so as not to encroach on the power of male preachers. Or maybe they’ve carefully classified themselves as “Bible teachers” rather than pastors, so as not to challenge male authority.

It’s a complex story of American religion — women negotiating varying demands placed on them by society and by their faith. Then they must try to carve out ways to use their talents and pursue their ambitions within the confines of a patriarchal religion.

Evangelical women, on the other hand, were rarely allowed to pastor churches. Instead they had to get creative with the ways they wielded power in their churches. They pursued alternative paths to power and many were able to build vast followings. We can think of people like Beth Moore and her Bible study empire or Lysa TerKeurst and the Proverbs 31 Ministries. These two women have built powerful and successful parachurch ministries that have reached countless women. But in the end, does anybody win?

It’s impressive what evangelical women celebrities have been able to accomplish. However, there’s a catch here.

The second part of Bowler’s argument casts a different light on these accomplishments. As she points out, this power is precarious. It can be lost at any moment. It’s never quite so secure or lasting as that of men. Moreover, it can only be achieved in specific ways, with these women giving lip service to traditional gender roles. Their opportunities are always bounded in ways that men’s are not.

Though Bowler’s book focuses on evangelical women celebrities who live their lives in a very public way, it contains a message about women in evangelicalism in a broader sense as well. Toe the line. Abide by traditional gender roles. Defer to powerful men. Then maybe, just maybe, you’ll be allowed to gain influence. Cross the line of what’s acceptable for women and everything you’ve worked for might be taken away. Even for women in mainline denominations, though they now have access to the pulpit, the picture is bleak, and they still have a lot of headway to make in terms of gaining institutional power and influence.

In many respects, precarity defines life for all women in a patriarchal society. While the women in Bowler’s book display resilience and creativity — able to carve out a unique sphere of influence and build vast followings even in a religion that says women shouldn’t do or want these things — ultimately it is not enough.