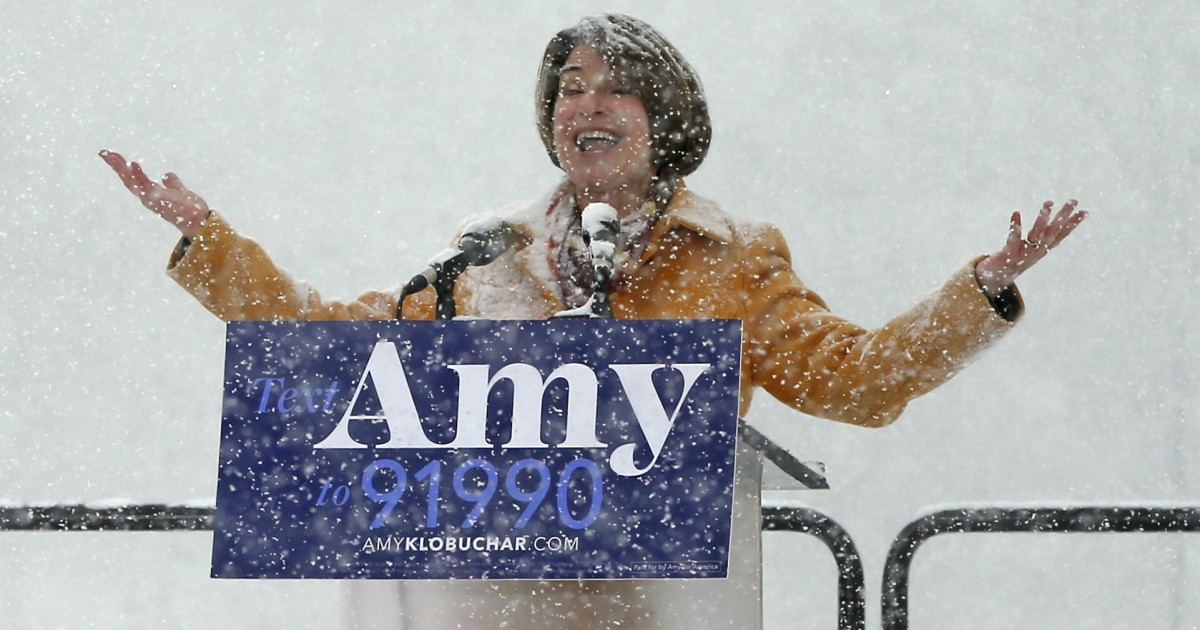 Feeling Minnesota: The Case for Klobuchar

Iowa is a great place to be during an election year. Yes, the rest of the nation pisses and moans about Iowa getting to go first, but what do they know? Iowans are dismissed as monolithic, back water, goat herders, even though it was Iowa that launched Obama’s presidential campaign AND was the first to legalize gay marriage. (Regardless of how you feel about it, by the way.) For the last few months the candidates have made the rounds. My daughter and I had our picture taken with Bernie, where I told him I love his public access TV show from when he was mayor. He wasn’t impressed. I’ve talked with representatives from the Warren, Yang (I gave him a beer and then worried he wasn’t of age. He’s 30), and Buttigieg campaigns, but I’m hoping Iowa will surprise everyone on caucus night and launch Amy Klobuchar to be the next president of the United States.

When Klobuchar came to Sioux Center I shook her hand, and listened as she gave a pointed speech about why she’s the best candidate. She’s tough, maybe too tough for some, but that’s what you get from someone who launched her campaign in the middle of a snowstorm. She’s funny too. I know it doesn’t come across in the debates, but I think we can agree the debates are dumb. Give her more time and she’ll either leave you laughing or confused. (If you’re confused we’re laughing at you and not with you.)

Klobuchar’s policies are center-left. On health care and the cost of college she’s realistic. (I’m surprised no one is talking about Sander’s evasion of the question at the last debate from the audience: What will happen to insurance town’s like Des Moines if medicare for all passes? Another question: What will happen to private colleges if tuition at public universities is free?) Klobuchar knows how to work with people across the ideological spectrum from Sanders to Lindsey Graham. She knows how to get things done, which may not be flashy, but that’s my point—Minnesotans don’t trust flashy. How do I know? I’m from there. (Come hang out with my extended family if you don’t believe me about the flashy bit.)

My progressive friends think Klobuchar can’t win. They’re wrong—she has the political instincts and common sense to bring independents and moderate republicans on board to build a coalition that will vote President Trump out of office. Friends and family who support President Trump aren’t going to vote for anyone else, but I wonder if Klobuchar might at least make them think about it. She is the LBJ to Obama’s Kennedy (minus Vietnam of course)—a hard working politician who can get things done in a way that makes hope and change a reality.

Amy Klobuchar is a woman of faith, but that’s not why I’m supporting her. I don’t need my politicians to be exemplars of Christian virtue—my problem with the evangelical love affair with President Trump is they can’t just acknowledge he’s an immoral tool they’re happy to use to get what they want. (Seriously – just be honest about it and everyone can just chill out.) I make political choices in the context of faith, seeking justice and human flourishing by choosing between competing forms of imperfection. It’s the human condition; or, if you’re Lutheran, “sinning boldly”.

As far as I’m concerned, our country is best served by sending a bit of Minnesota to the White House. Hopefully next Christmas we’re done talking about impeachment; instead, we’re practicing our “uffdas” as America is introduced to lefse and lutefisk.