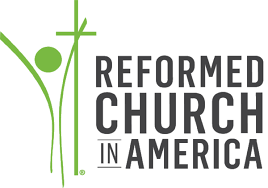 For a few of you, perhaps, the byline you just passed may or may not be familiar. The person it names spent 31 years as a member of the Classis of Holland—more than two-thirds of it while in service to the congregations and people of the Reformed Church in America—before asking last summer that his standing and accountability be moved to his current place of service, the Presbytery of the Twin Cities Area, The Presbyterian Church (U.S.A.)

Perhaps it’s only natural, then, that an invitation to visit The Twelve these next three Sundays has prompted a bit of nostalgia. It’s been a kind of a mixed bag of emotions, the combination of a weighted blanket (that warm, cozy feeling) and an ice-bucket challenge.

Over twenty-one years with the Reformed Church in America, I worshiped or taught or ate or met or just listened to people talk in forty-five out of the RCA’s then forty-six classes (sorry, Canadian Prairies — it was me, not you), and with partner churches on five continents (it’s six now—are there churches in Antarctica, and what would it take to get an invite?). East, Midwest, West; conservative, moderate, even a real-live liberal or two; visionary leaders and dedicated followers; mostly nice, a few grumpy — I met a whole lot of you. Once, I found myself studying Scripture with an adult Bible class at Emmanuel Reformed Church in Springfield, South Dakota, then, quite remarkably — and quite differently — talking through the same text just a couple of weeks later with a gathering of youth in Warwick, New York.

I remember observing the angst of General Synod Executive Committee members laboring, and praying, over difficult decisions, and the next week interviewing people who questioned what in God’s name their RCA leaders were doing.

I remember a group of deeply faithful gay and lesbian Christians wondering whether they would ever be accepted in their “conservative denomination,” and, just two weeks later, a church consistory who mourned an RCA grown “way too liberal.”

Looking back, I’m also struck by how much of what seemed so urgent and important during the ’90s and ’00s has already been forgotten, certainly by you and even in part by me — programs, initiatives, mission statements, all those carefully crafted General Synod reports, now just faded memories in dusty orange books and a few boxes in my basement.

These memories all make me wonder: did I make a difference? Was there something we — something I — should have done, a different word, a different tone, that would have turned the trajectory away from where the Reformed Church in America is today?

Don’t hear that as some kind of tortured, angst-ridden confession. Neither is it a subtle request for a pat on the head and a gentle “attaboy.” It really isn’t even about me at all. In the late ’80s, the RCA rolled out the denominational theme, “a people who belong, to God and to each other…” Many snickered at such an idea(l), but there were a whole bunch of us who not only believed it, but dedicated our lives to it.

I must be getting old, because I find myself wondering whether all those years, all that work, all that commitment, really made any difference. And how we know.

If you’ll come back next Sunday, maybe we can think about that some more.