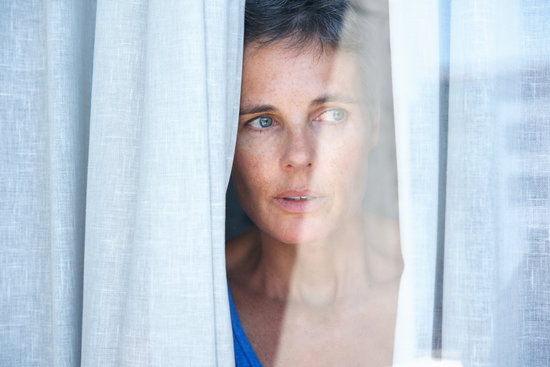 In Anne Tyler’s 2004 novel, The Amateur Marriage,  we witness a sad series of events. The book’s main characters are Michael and Pauline, a pair of World War II-era sweethearts who get married and eventually have three children. But then one day their oldest child, Lindy, just disappears.  She runs away from home and promptly falls off the face of the earth. For the first days, weeks, and even months, they watch for her return. They seize on any and every clue as to her whereabouts. They pace, they peer out windows, they listen for a key scratching at the front door’s lock, they sit bolt upright in bed in case they think they hear footfalls on the driveway.   And when the phone rings, they cannot answer it fast enough.

But Lindy does not return. Over the years, her absence becomes just another part of life.  They never finally give up on the idea that they’d see her again, but they stop watching for her. At first they were certain she’d be back soon. They would not have been at all surprised had she walked right back through that front door. Years later, though, the surprise flipped: after a while, they would have been surprised if she had come back.

In a recent sermon for the First Sunday in Advent, I used this as an example of how exhausting abiding watchfulness can be.   Actually, never-ending watchfulness is not only exhausting, in its most active sense, such watchfulness may be impossible.  Oh, we can all put up with some watching when we have a pretty good idea of when the watched-for event is going to take place.  You watch for the traffic light to change, you watch for lab results to show up in your online health account, you watch for a loved one coming down from the gate area at the airport.

But when there is in fact no assurance that the thing you are hoping for will actually will come to pass—or when you have zero idea when it will happen—you just can’t stay in a tensile state of watching for days, weeks, months, or years on end.

Advent is about watching and waiting.   Yes, we re-await Jesus’ arrival in Bethlehem, but that’s the easy part.  That’s fake waiting and watchfulness.  That’s memorial watchfulness.  But we are also called in Advent to remind ourselves that when it comes to his second advent, Jesus told us to keep watch for it.  In about the same breath he also told the disciples they would have no idea when that return on clouds of glory would happen.  Nonetheless, keep on watching for it.

But that’s a tough assignment, Jesus.  You don’t really expect us to be on tippy-toes for years, decades, centuries on end, do you?  We’re not supposed to live with a constant flutter of anticipation in our bellies—the way we feel when we are eagerly watching for a long-absent loved one to walk down from the gate area at the airport—are we?   Who could function like that on a rolling basis?

The sermon I mentioned a bit ago came from Matthew 24.   And in that context Jesus gives us a vignette for what such watchfulness looks like in his opinion.   What Jesus shares, however, is utterly surprising.   It is so mundane.   Listen:

“Therefore you also must be ready, for the Son of Man is coming at an unexpected hour.  Who then is the faithful and wise servant, whom his master has put in charge of his household, to give the other servants their allowance of food at the proper time? Blessed is that servant whom his master will find at work when he arrives.”

Really? That’s it?  That’s watchfulness?   Just do your job, do it well, do it on time and in this way you display watchfulness for the master’s return?   Yes, apparently that’s it. Can it be possible that being faithful to our Lord in our everyday routines demonstrates holy watchfulness for his return?  Is being an honest office manager, a careful school bus driver, an ethical attorney, a thoughtful housewife or househusband really a sign that we are aware that Jesus is coming back?  Yes, it is.  Because we Christians know that when we are buried with Christ in baptism, we arise as new creations.  Our lives are literally drenched with grace.

It is by grace that we have been saved of course.  But it is also by grace that we live out every moment of our lives.  Indeed, when we let God’s grace flow through us in our parenting and in our marriages, in our friendships and in our daily work, in how we behave when we’re stuck in traffic and how we interact with store clerks and restaurant servers, then we show watchfulness because we display an abiding sense of what Jesus has done for us.  When you live with a constant awareness of Jesus’ grace, you also live with a bent toward his second coming.

In that Anne Tyler novel, eventually the daughter Lindy does return home.  But her mother Pauline does not live to see it.  When Lindy shows back up, her father says to her, “Your mother never gave up hope, I could tell.”  Oh, of course, Pauline had gotten on with life.  But she just had a way of glancing out the window that let you know the hope was still there. When she had the chance to take a cruise with a group of friends, she refused. She came up with a dozen excuses but everyone knew that deep down the real reason was that she didn’t want to be gone in case Lindy came back.  “Your mother never gave up hope.  I could tell.”

In this Advent Season and beyond, let’s be faithful.  Let’s feed the kids, sweep the floors, do our job faithfully, take care of those we encounter in life (wherever and however we encounter them) and in this way display holy watchfulness for the One we do believe is coming back.   And as we do and when people peer into our lives—into our Monday afternoons and our Friday mornings—we want others to be able to say something akin to what Michael said of Pauline.  “Those Christians, they never give up hope.  We can tell.”  Amen.