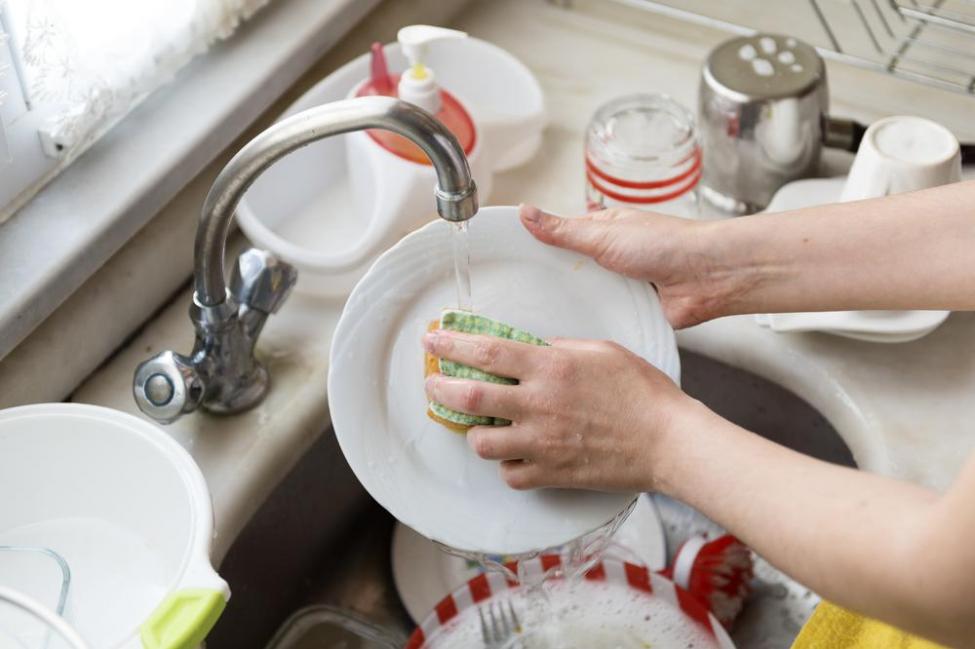 To Do Things the Right Way

At least once every year, my Grandma Gillespie would pack my sister, two brothers, and me into her green 52 Chevy and drive us past her old homestead near Honey Creek in Ada, Michigan. On the way, she would regale us with stories about her one-room schoolhouse, the responsibilities of housekeeping after her mother died, the pranks of her older brothers, and the trout she used to catch in Honey Creek, now nothing more than a trickle of brown water.

Slowing to a crawl in front of a white farmhouse, she always offered the same lament: “Look children! There it is. Sad isn’t it? The house doesn’t look anything like it used to look.” Rolling down the car window, we saw a sagging porch, peeling paint, and an overgrown yard. “People just don’t take care of things like they used to.”

In her house on 1261 South Dorroll Street in Grand Rapids, Michigan, Grandma took care to do things the right way. There was a right way to brush your teeth, to wash the windows, to beat a rug, to sweep the garage, to paint the house, to cut and water the grass, and to do the dishes—the latter a complicated series of washings and rinsings and difficult for a mere boy to master. She believed that things done the right way would make things right and that things made right would endure. Teeth would not decay, rugs would not wear, paint would not peel, weeds would not invade the lawn, and fine china would not chip or fade.

Grandma was a Baptist, true heir of the Anabaptists she used to say, although I am not sure she understood what that meant. She picked up that line from her one true pastor, Pastor Warner, who had walked with her through some of the dark valleys of her life. Whether she understood it or not, Anabaptist theology dramatically reinforced the values of cleanliness and hard-work she had learned as a girl in Ada. She went down into those baptismal waters guilty and came up responsible.

Grandma fought a fierce battle against the powers of decay, and as nearly as we grandchildren could tell, she was winning. Nothing ever seemed to change in her house. There was the scent of eternity there. The rituals of cleaning were endless, her furniture immoveable, and her colorful displays of teacups, glassware, and porcelain knickknacks were glorious.

Of all the rooms in her house, the basement put up the fiercest resistance. Grandma dreaded this dank netherworld world of mold, cobwebs, and incinerator ash. The steps leading downward were enough to make her dizzy. Once, maybe twice a year, she drafted us, her grandchildren, and we would descend to do battle. Upon our return, Grandma was waiting for us with a trail of newspaper leading to the back door. We were not to touch anything. We were unclean and had to wash ourselves in fonts of hot, soapy water.

Although vigilant, Grandma kept decay only temporarily at the door. There were always invasions, lapses, and spills. Stains in the tablecloth, watermarks on the furniture, rot in the windowsills, termites in the floorboards, and broken handles on teacups. These loses overwhelmed her, and many days she sat exhausted, slumped in her favorite chair with head in hand and eyes closed. She would sit that way for hours. When we would nervously approach her and ask, “Grandma, are you all right?” she would answer, “I just have to take a moment and gather my nerves.”

“Is that shade crooked?” I asked.

“Yes,” Grandma replied matter-of-factly. “It’s been like that since you put it in.” She wasn’t angry with me, but I knew from the tone of her voice that for five years she had been plagued by the presence of something not right in her house, something reminding her every day that things could not always be made right.

The powers of decay kept advancing on Grandma’s world. She had a stroke and had to leave her home, that small place on this large earth that she fought to defend and sanctify. She lived for a few years with my mother and father, dozing through much of the day in her chair in the living room and sustaining only brief conversations. Only once in a while did she rise to the memory of Honey Creek and the way things used to be. Grandma continued to weaken, and my parents moved her into hospice care. She died within a year.

I took my Grandma’s life in unfiltered as a child, but only years later as an adult did I begin to understand her and her impact on me. On one level she fought the powers of decay in whatever guise they manifested themselves, but on another level, she fought the elemental and entropic powers of the universe. Poverty was always there, which fell silently like dust on her life and covered everything see did; death was there, which claimed her mother when she was only four years old; and abuse, whose barbs pierced her heart and pulled at her like harpoons in a whale.

I can never hear Paul’s words, “For our struggle is not against enemies of blood and flesh, but against the rulers, against the authorities, against the cosmic powers of this present darkness, against the spiritual forces of evil in the heavenly places, (Ephesians 6:12) without thinking of Grandma.