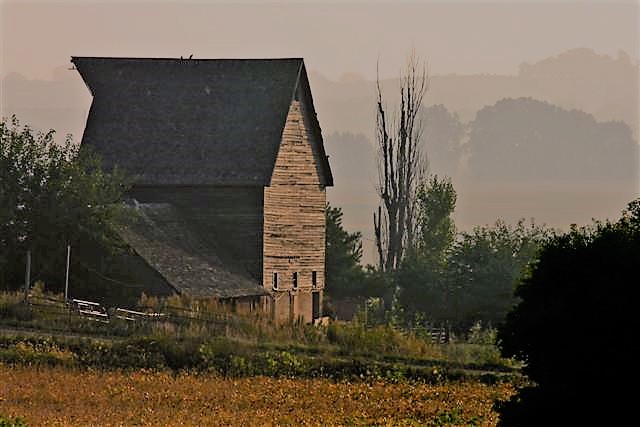 If I heard it once, I heard the story a dozen times. It was all about the gendered shape of conversation.

Went like this. One of his early novels included a racy scene or two the relatives, his own kith and kin, found distasteful. And there were such.

His first homecoming after publication was not particularly heartwarming, a bit chilly, in fact; but the family waited until Sunday dinner to force open the discussion. “There are things you write in that book, Feik, of which we really don’t approve.” Some aunt, maybe even his step-mother, was cast as Jeremiah. One simply doesn’t <I>not</i> mention such grave offense.

No one looked up or spoke. All sipped soup determinedly. The reproof son Feike received just then was immediate; it was rapt silence, its own species of excommunication.

If he tried to explain himself or legitimize the scenes they’d determined off-color–well, let’s be frank, indecent, dirty, and downright wicked–the novelist never talked about it. Maybe he let well enough alone. His set-up moment for this favorite story was the deep silence, as if on cue, that followed the Jeremiad.

That wasn’t the end of the story. Later that afternoon, when it was time to milk, Fred Manfred claimed he went out to the barn with the rest of the men (he was the oldest of the Feikema boys–six in all). Once they were busily milking, that spurious novel came up again. “You know, Feik, my favorite part was right there on page 105, you know, where the guy. . .” The boys were all in.

Frederick Manfred loved that story, even used it as a forward to a later novel. He loved it not only because he lived it, but because it legitimized his sometimes graphic descriptions. Women may have hated that stuff, he used to say, but the men?–they liked it, even memorized the page numbers of the hot spot pages.

It just seems to me that the story isn’t as funny as it once was, but neither was Fred Manfred wrong in telling it. It wasn’t, at base, evil. Today, a century later, gender differences still exist. I didn’t mind skipping the baby shower down in Oklahoma when my wife and daughter took a couple of days to go up and back.

But the plague of powerful men behaving badly right now is not only embarrassing, it’s unnerving. If you’re male, it’s a curse. Once in a while some female teacher gets fired for dallying with her male students, but over and over and over again it’s men who do the madness, men who are out of control, men who belittle, who strike fear, who abuse again and again and again. Men are the ones with power, of course, and it’s men who are the sickos.

A couple weeks ago now, a choral group–all men–performed a piece of musical theater that was beautiful, not simply because of the virtuosity of their music or the poignant story they told, but also because that performance offered me–and other males–a moving and blessed picture of men behaving well.

All Is Calm: The Christmas Truce of 1914 told the story gloriously and was, for me at least, a bromide of gender therapy. What happened in the trenches of France, when German and British soldiers celebrated Christmas together, featured more than its share of drinking and smoking and carrying on; but for a moment at least, that Christmas Eve threw a spotlight on men who quite miraculously put war and death behind them, if only for a day.

Instead of shooting, they sang carols. Instead of machine guns, they brought out the grog. Instead of killing, they helped each other bury their dead. Instead of death, they chose life.

All is Calm was, for this male at least, a Christmas gift for which I’m greatly thankful. If, when the curtain went down, those nine men stepped back out to say they were going to do the whole show over again, I’d have sat back down in a heartbeat. It was great theater, awesome music; and, in this world of ours, a world of men behaving badly, it was a blessed reminder that it doesn’t have to be that way. 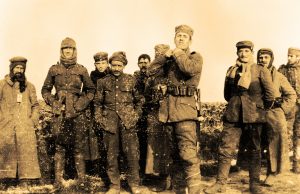