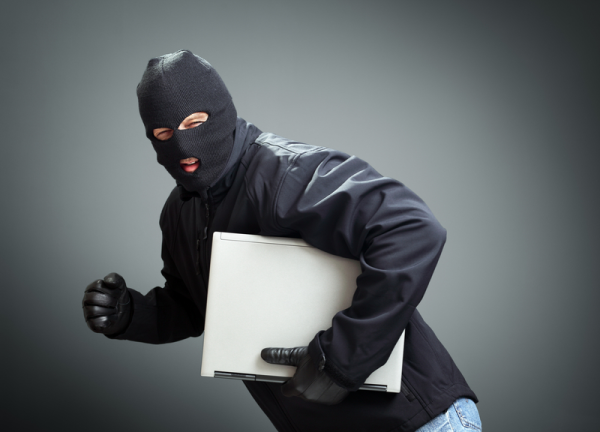 What’s happening now is that they are stealing a lot of our good stuff.

Not only have they stolen our message, but they are using it very effectively. It’s not just some simple thievery either. It’s a creative cherry picking theft that dizzyingly spins into a confusion both disturbing and delightful.

Once you start paying attention, it’s a fascinating dynamic. Biblical language is used abundantly in discussions of diversity and inclusion without a single footnote. The Harvard Business Review often emphasizes the economic importance of soft values, borrowing extensively from the fruit of the Spirit.

Ironically, churches are now using the business language of Customer Service. Remember The Seven Habits of Highly Effective People written by that Mormon guy? Bet he knew something about the Sermon on the Mount. Incarnational concepts have peppered discussions about individual rights and LGBTQ injustices as if embracing the high priestly prayer. Garrison Keillor used to sing hymns on NPR of all places and actually once attempted to explain TULIP with greater diplomacy than Hardcore.

Junk fiction is filled with biblical references while the battle of good versus evil rages everywhere. The Apocalypse is now very popular in every creative genre. They just grabbed some low hanging fruit and ran with it.

Yes, I know…none of that equates to salvation. It’s not Easter. It’s not the written word alive in the living Word. But it is something. Out there, it’s the right fruit but the tree is missing. But then our tree seems a little short on fruit. We use the same tools but our story, The Story, falls short of the glory. We find the parallels, develop the metaphors, reference the scriptures to chapter and verse detail, exegete, testify, and spin the homiletic stories in exactly the same manner. Still we seem to fall a little short.

It feels like an intense search is going on for some elusive traction that would make mystery great again. A few weeks back, a Wall Street Journal article ended with “Beautiful Easter and Passover to my readers, who wrote in this week and reminded me how beautiful they are. I know that’s corny, but sometimes life is corny.” What a strange yearning the author is expressing as a confused wandering from beauty to corny.

Of course, they are not really stealing because it’s not really our stuff. We don’t own The Story any more than anyone can own a sunrise. It’s not even possible to make The Story not-great. In fact, there is no “they” and “us” either. If they using our stuff seems strange, isn’t it even more strange to separate us from they? It’s really “we” yearning for beauty.

This collective “we” then are creatively passionate about some very important stuff. We are hungry and thirsty to be relevant in a world where relevance seems jaded. Billy Graham altar calls don’t work anymore and people disparage our voices. It’s also true that fear, abandonment, and loneliness are assaulting our world and seem to be growing exponentially. Efforts to decipher the growing list of dilemmas are surfacing as perhaps our greatest challenge in response to the call of Jesus on our lives and our culture.

The thing is that the Reformed really do have all the right stuff to answer that challenge. We know how to spell and exegete “apocalypse.” Systematic thinking is burned into our DNA. We are sanctified and get a little uneasy with patriotism in our sanctuaries. We discuss God’s Word as if it was written without the distraction of numbers and chapters because it is, at its core, one unified letter of love from God to us. The flow to abundant life comes not from simply reading but by absorbing its vibrancy. We use big words to express the huge truths people need to not perish. Nobody does faith, hope and love better than the children of the Reformation. At our best, body-soul-spirit work is guided by the Father-Son-Holy Spirit so that faith-hope-love can transform all that exists.

Where’s that elusive passage to still waters,
to Solomon’s wisdom,
to the promised land for our generation?

Easier said than done because all those moving parts need cohesion. But we have that too. We practically vibrate cohesion! We bring it all together in one beautiful package with a bow on top. Reformed logic is without peer. We can write like pros and have enormous energy. But if we are all that, where’s the bridge? Where’s that elusive passage to still waters, to Solomon’s wisdom, to the promised land for our generation?

Perhaps it’s time to be less 1950’s cohesive and more 2017 daring. Perhaps those outside voices are just symptoms of a void, a deep famine, being filled by the not-us. Perhaps our systematic thinking needs more systems understanding. Continual Reformation to be sure, but perhaps our reforming needs to look more like the chaos of the 1st century merging with the audacity of 1517 “Here I stand!” strength. Perhaps we need to rediscover our sixteenth century cohesive power while becoming first century adept and agile in a twenty-first century hostile environment.

Will we be skilled enough to recognize what surfaces right in front of our eyes? It will be hard to recognize because being astute in the 21st century is not going to look like any other century. Perhaps more pastoral than exegetical. It might be shy reticence finding a discernment voice. It might be a nasty wilderness visionary who persists. It might be the meek giving the peacemakers direction. It might be a flood of not-us prophets proclaiming transforming truth. Maybe “they” not “us” are leading the “we.”

Whatever the might be’s, the certainty is that there will be no one size fits all. The Spirit never operated that way before and seems unlikely to change her practices now. No nice patented plan, no ten point list, no best practices that are sufficient for all. Certainly not another list nailed to a door. Rather gifted saints courageously committed to the richness of reform where they are uniquely planted. Adept and agile. Soli Deo Gloria!