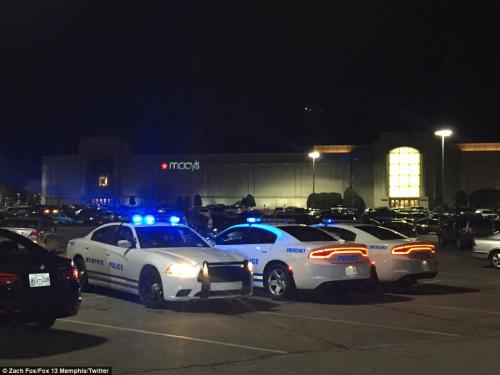 The Lost Art of Civility or Does Being a Jerk Make You More Authentic?

The Lost Art of Civility or Does Being a Jerk Make You More Authentic?

Merry Christmas and Happy Holidays! Pass the eggnog and the riot gear.

Two Memphis, Tennessee shopping malls erupted in violence on December 27 as we sat less than five miles away enjoying the holiday season with my parents. People raced out the doors in panic as stores were closed and police rushed to take battling teenagers into custody. These altercations were repeated across the country in locations as far east as North Carolina and across the western plains to Arizona.

Pundits and politicians will spend the next few days discussing the influence of gang culture, the nihilism seemingly prevalent among the young, and the role of popular entertainment infinitum ad nauseam before moving on to chase the next ambulance. Such a close to the calendar year is tragically appropriate for a year in which American incivility has risen to unprecedented levels. Or rather presidential levels.

The “Year of our Lord” 2016 deserves the label, “The Year of the Jerk.” It has been a long time since exhibiting the maturity level of a toddler has been enabled so fiercely or rewarded so completely. Donald Trump looms as the obvious example in a crowded field. Trump’s bombastic style elevated the antics of schoolyard bullies to morbid political theater.

Many of the very people who encouraged me to stand up to bullies as a child in my small southern town were fervent flag wavers for the bully of bullies this campaign season. Rather than rejecting his candidacy due to these antics, Trump’s supporters seemed to feed on his absolute disdain for his fellow humans. Each broken taboo was like throwing red meat to a den of lions for many of his enthusiastic supporters. 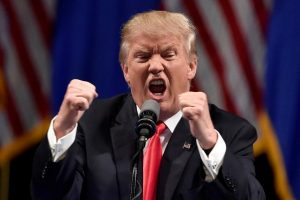 Over and over again, we heard fervent Trumpites express their conviction that Trump is “real” because he “tells it like it is.” Yet there was nothing original, or even remotely factual, in much of what Trump had to say. It was the crass way he said it that appealed to an angry subset of American culture. The candidate himself, a trust fund product whose persona was manufactured by tabloid magazines and reality television, could not have been more manufactured, inauthentic, or unreal.

The policy implications of the Trump presidency will only become fully evident once Trump takes office, but the cultural impact is already clear. Americans who backed Trump have done more than select an unconventional leader with the election of Donald Trump. They have chosen tacitly to endorse his brand of abrasive incivility as acceptable behavior in American society.

I have reflected quite a bit on the nature of civility and its reception in our various American subcultures in recent years. My family and I moved from my home state of Louisiana to northwest Iowa four years ago. There are so many ways in which the cultures of the two regions are similar in ways that would be surprising to people of both areas. Yet there are important differences as well.

Both the rural South and the rural Midwest have a commitment to a certain code of polite conduct. While some of my friends from Iowa bemoan the “fakeness” of that polite conduct at times, I have found it to be less synthetic and pervasive than similar unofficial codes of conduct in the South. In fact, there is a certain suspicion in some Midwest subcultures towards those who are perceived as “too nice.” Be a complete bombastic jerk and you are breaking the conventions of society, but be “too nice” and you must be up to something. This dichotomy serves as the Midwestern equivalent of bringing balance to the force.

I found this dynamic both amusing and sometimes frustrating during my first few years in the Midwest as I sought to reassure a few folks that my welcoming smile accompanied by “Yes Sirs” and “Yes Ma’ams” were not a sign that I secretly planned to shiv them in the back with a camouflage pocket knife.

Stereotypes are a challenge for us all no matter who we are—something that is always good for me to remember when I am tempted to reduce the complexity of another person to a wooden two-dimensional stereotype. Some of those friends who were a little wary of this syrupy talking southerner at first, soon realized that I act that way not because I am making an effort to do so but because that is authentically who I am. To act otherwise would be more of an artifice. But I have to confess there were some moments when I asked myself if I should dial back things like smiling too often or greeting people on the sidewalk to avoid freaking people out. “Niceness” has suffered the fate of so many good things in our society that have been tainted in peoples’ minds by frequent abuse.

My reflections on these experiences coincided with the emergence of the Trump phenomenon and the wholesale rejection of even the shallow veneer of civility by so many Americans. And, admittedly, cultural civility in America has always been a shallow veneer to some extent.

Ask any African American in the south how deep “southern gentility” goes or rather doesn’t go.

Ask any young person who has been labeled a “nerd” or even had their sexual orientation questioned in the land of magnolias and good manners because they would rather read or perform than shoot squirrels.

I have heard similar critiques of polite culture from my friends raised in other parts of the country as well. These examples certainly justify a degree of skepticism about the practice of “niceness.” Are they really seeking to express love, respect, and compassion, or are they just trying to manipulate me? In a world and even in American Christian subcultures where people too often prefer to manipulate each other rather than come and reason honestly together such skeptical defensiveness seems not only wise but also essential to survival.

But mere survival is not our calling. Times like these call for a civility grounded in creation rather than culture. Civility grounded in mere cultural constructs will always eventually fail due to changing circumstances. The laws of cultural civility inevitably yield to the law of the jungle when social pressures to behave ourselves collapse in the face of fear, greed, selfish ambition or just because no one is watching.

Civility grounded in creation flows as the natural result of the belief that people deserve to be treated with respect and compassion not because they are deserving but because they are created. Basic civility and respect for other humans should be the bare minimum expectation for people who confess their belief that all human beings are created in the very image of God. The high bar is not good manners. That is the ground floor. The higher goal is loving our enemies.

So does refusing to honor the scruples of polite society mean that one is somehow inherently more authentic? Nope. It just means that he is a jerk with a slightly more sophisticated excuse for being one. There is certainly a time to “tell it like it is,” and I hope that I never mince words when the stark truth needs to be spoken in love. But so much of what passes for “wisdom” in our culture today is simply bombastic rudeness calculated to cover the fact that little of substance is actually being said.

My baser actions and attitudes are part of who I am, but by grace they are not all of what I am. We could all stand to be a little “nicer” in 2017. Not in a synthetic inauthentic way, but in a genuinely real way that communicates to our fellow humans that we are in this together and that the God who loves me in all my imperfection loves everyone else too. Incivility and intolerance do not have to define us, no matter who takes office on January 20. We can start changing the tone and direction of our national conversation by the choices we make every day.