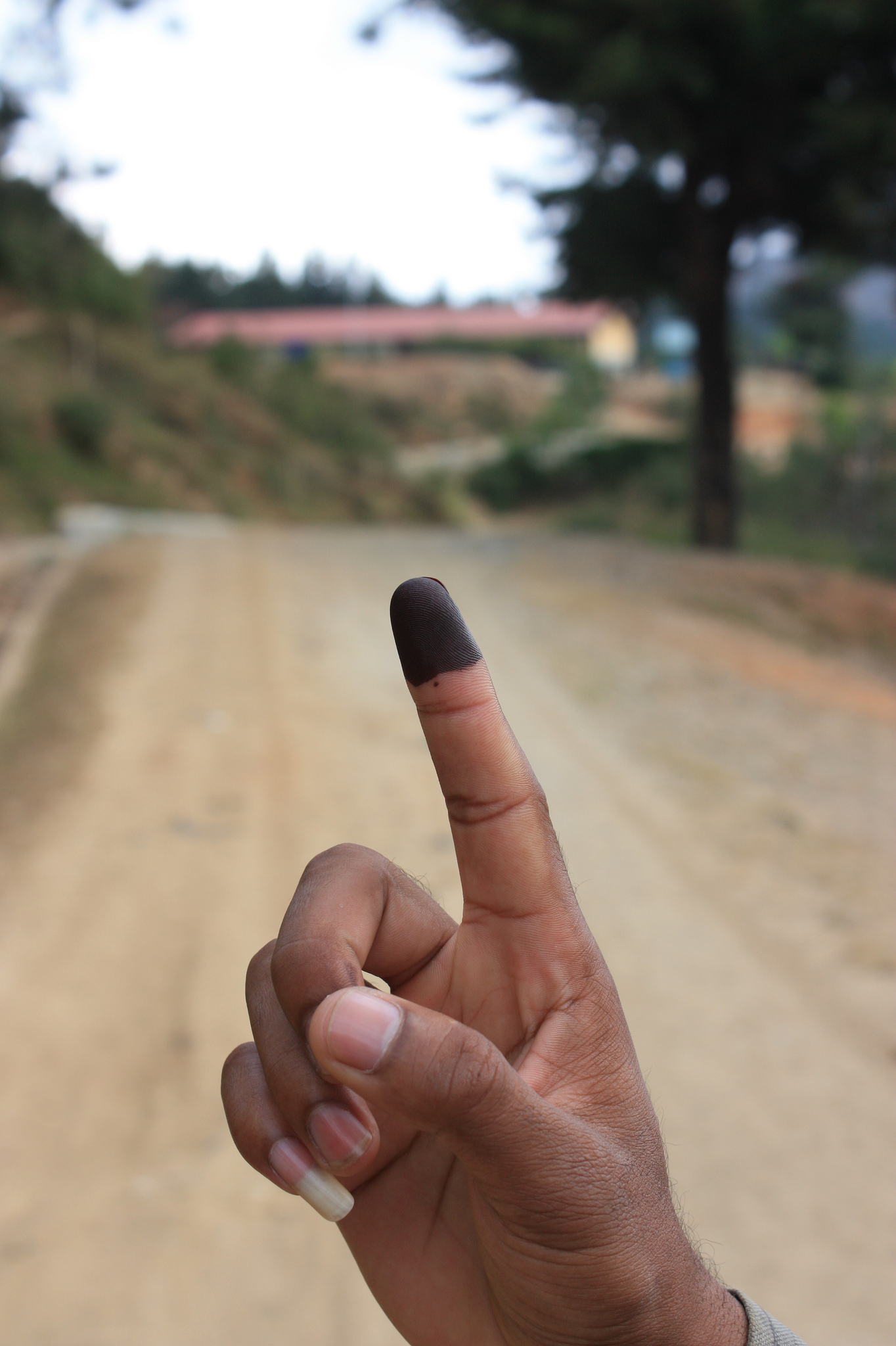 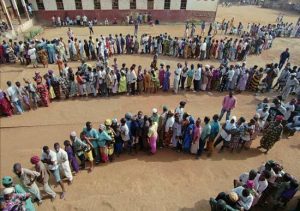 I remember the pictures vividly—people standing in line for hours to cast their ballot. All of the tragedies and tears, the bloodshed and bravery had led to that day. South Africa still celebrates April 27 as Freedom Day.

I’ve also been moved by the photos of fingers stained with indelible ink, fingers belonging to people from around the developing world, proudly showing that they have voted—often for the first time.

I hear John Lewis tell stories about the Freedom Riders and Selma and the sound of his own skull cracking under a policeman’s baton. When a man of that moral stature tells you to vote, you want to comply.

Voting, however, is still something I’m always ambivalent about; reluctant to do. That’s why I appreciated Stanley Hauerwas’s recent comment, “Voting is overrated.” His comment isn’t uniquely about this year’s peculiar race, the Donald versus Hillary. It is about voting in general. And he isn’t saying “Don’t vote.” Rather it is a wary, restless feeling about voting.

I didn’t vote (or at least not in a serious manner—Lenora Fulani, anyone?) for most of my life. What changed? I turned 40 and moved to Iowa. The Iowa caucuses proved irresistible to me. It felt hypocritical to stick my toe into the caucuses if I wasn’t going to dive into the pool. I’ve heard all the arguments about the importance of voting—lectures about how if you don’t vote you can’t complain, the gauzy patriotism, how you’re despoiling your freedom.

Frankly for every compelling call to vote, most attempts to register voters remind me of Christians’ worst and blundering evangelism efforts. They’re like cheap sales pitches, so zealous and pushy. I’m never convinced they’re genuinely concerned for me or my empowerment, but instead seem more motivated by their own self-righteousness. Drink my kool-aid! It’s good for you!

When I recall those pictures of people standing in line to vote for the very first time in South Africa, there was something holy about them. That is both marvelous and unnerving to me. I’ve concluded that voting is the sacrament of the modern citizen. To vote is to be a full member. Participation marks you as a complete, independent, and empowered person. Listen to so much of the rhetoric surround voting—sacrosanct, duty, freedom—it is holy, if not sacramental.

I’m ambivalent about voting because I’ve always been ambivalent about being a modern citizen. The allegiance it asks, the identity it bestows. A voice within me whispers, “My allegiance is already spoken for, thank you.” And I already have an identity, with its own sacraments and holy rituals.

(I realize that as a white male, being ambivalent about voting might be a privilege I can afford to have. Whether or not I vote, I am still assumed to have power. No one doubts that I am a fully legitimate and authorized person. I understand how those who can’t make the same assumptions might feel differently about voting.)

But also please note that I now do vote. That’s what I like about Hauerwas’s comment. It isn’t “Don’t vote.” It is just a helpful reminder that voting is probably overrated. We expect too much from it and we invest too much into it.

We—and I include myself—often act as if voting is the ultimate mark of our distinction and identity (is that sacramental or what?). Voting is how we sort and label ourselves. It is how we project ourselves to the world. “I am a Democrat!” “I am pro-life!” “I am a conservative!” The passion and intensity we pour into this. It has made my Facebook page a dangerous and tiring place. It is, most definitely overrated, a drain and distraction.

We also act as if voting is the first and most effective work we do for Christ’s Kingdom. We say we know that we’re not electing a Messiah. But we don’t act that way. Every election we’re told “our nation stands at an irreparable crossroads” or this is “the most important election in our lifetime!” They can’t all be. I’m not saying that voting doesn’t accomplish anything or that it doesn’t matter who wins. George W proved otherwise. But nowhere does it say “the Kingdom of God has come near…in the voting booth.”

Voting is one of many tools in our discipleship toolbox, and probably a lesser one at that. It isn’t that the Kingdom is never gained in the voting booth—but it isn’t exclusively or primarily there. Most of the work of serving the Kingdom happens elsewhere.

I believe that the Church is God’s primary social strategy (again, thank you, Stanley). I don’t say this with any naïve romanticism about the church and its abilities. I’ve lived through the frailties and lunacy of the church for decades. Nor am I one of those who unrealistically advocate “if only the church did its job of taking care of the poor and needy, the government wouldn’t need too.” The soup cans I donate won’t feed all the hungry.

Proclaiming the living Word while celebrating baptisms and the Lord’s Supper is our primary social strategy. “God chose what is weak in the world to shame the strong. God chose what is low and despised in the world, things that are not, to reduce to nothing things that are.” And the ripples from the Word, the font, and the table carry us out to play with eight-year-olds and sit with widows, to pray quietly, to care for creation, to share extravagantly, and sometimes even into voting booths.