Hit enter to search or ESC to close
Essay

I’ll Not Be a Stranger

I’ll Not Be a Stranger

James Bratt is away today. We welcome guest-blogger Daniel Meeter. Thank you.

I always go to worship at my local synagogue on Yom Kippur. And I’m not just as an observer—I go there as an active worshiper. I go there occasionally at Rosh Hashanah, Sukkoth, and Simchat Torah, so I am familiar with the range of Jewish liturgy, but the Kol Nidre service I know quite well, because I never miss Erev Yom Kippur.

I’m hardly fluent in Hebrew, but I was taught enough in seminary to follow along, better than many of the Jews who sit around me. The friend I attend with uses the transliterated version, and I’ve tried that once or twice, but I find the Hebrew letters easier to understand. I’ve become familiar with the music and the patterns of the chanting. This year I suddenly realized that I had been swaying and bobbing while I was praying, and then I got self-conscious, because everybody around me knows who I am.

Here’s the thing. I have not yet found a Jewish prayer which a Christian cannot say in full without any editing at all. They’re all fitting vehicles for the movement of my Christian soul, and some of them are very moving indeed. Of course I can pray all the psalms, but I can pray all the other prayers as well, without reserve. This may be because it’s a Reform synagogue, but it was no different when my synagogue was Conservative. I do not know if this would still be the case in an Orthodox or Chasidic synagogue. I have prayed along with Muslims in a mosque, which I find very moving as well, but in that case I am praying alongside them as they pray prayers with which I sympathize but are not mine. In the synagogue the prayers are mine.

This should not be surprising. The earliest Christians worshiped in their synagogues as a matter of course, and I don’t think they kept interjecting the Trinitarian doxology! What the content of the synagogue service was back then no one knows for sure, but it can’t have been less congenial to Christian souls than it is now. On the other hand, I imagine a Calvinist would be more comfortable in a synagogue than other sorts of Christians, what with our love of the Law, and our covenantal orientation, and our very high view of the Old Testament as fully equal to the New. And of course the earliest Christians were Calvinists!

Now there are things I want to pray to God that I may not say in synagogue. There are names that I name God with that I may not use in synagogue. And so what is true for Christians in a synagogue is not so true for a Jew in church. Many Christian prayers cannot be prayed by Jews. You could argue that a Jew should be able to pray the Benedictus and the Magnificat and the Nunc Dimittis, and even the Lord’s Prayer, on the face of it, but the association of these prayers with the person of Our Lord is too strong for Jews to say them. 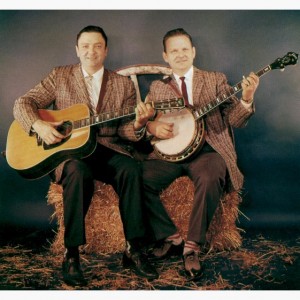 We had our local rabbi guest-preach for us once (he was challenging and very inspiring), and as an act of generosity (I thought) he sang along on all the hymns. But then I realized something when the two of us, up on the chancel, sat listening to our bluegrass musicians performing a Stanley Brothers classic, I’ll Not Be a Stranger:
I’ll not be a stranger when I get to that city,
I’m acquainted with folks over there.
There’ll be friends there to greet me,
There’ll be loved ones to meet me,
When I get to that city foursquare.

It hit me that for him the song was literal. He’s a Zionist. He makes his Aliyah every year. He owned that song more than I did. And then I thought of all the other hymns that speak of Israel and Jerusalem as metaphors, which are not metaphorical for him.

We didn’t have Holy Communion that particular Sunday (we always do otherwise). So the matter of not sharing our bread and wine with him did not come up (and we use kosher challah). I can eat anything a Jew eats at a synagogue, and so in many ways our liturgical relationship is asymmetrical. When Jews come to our services they have to be long-suffering guests. So I can’t really speak for them. But I can say that my praying the Jewish prayers among the Jews is a very rich part of my knowing the Lord Jesus Christ.