Big Bang and a bunch of messed up little ones too

By Thomas Goodhart January 9, 2014 No Comments 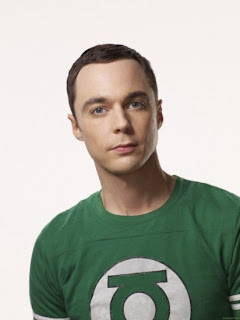 In a recent episode of The Big Bang Theory, the entire gang—Leonard, Sheldon, Raj, Howard, Penny, Bernadette, and Amy (and maybe Stuart too, I forget)—has gathered to watch the TV show, NCIS, where Penny has landed a small part as a diner waitress, a walk-on role, who gets to flirt with Mark Harmon. As a struggling actress, this might finally be her big break, and all her friends have joined together to support her. The scene begins—The Big Bang Theory, not NCIS—with everyone together in Sheldon and Leonard’s living room, but each paying attention to their individual smart phone devices:

Amy: This is nice that we all get to eat together.

Amy: Can we maybe put the phones down and have an actual human conversation?

Sheldon: We can, but thanks to Steve Jobs we don’t have to.

Everyone who bemoans the interference to our lives and relationships that smartphones have wrought can appreciate this jab. Low brow humor the show may be, but also cultural critique on the technological isolations we’ve created for ourselves, in good Chuck Lorre style with zingers from Sheldon.

It is however a later dialogue also involving Sheldon that most stood out to me as a kind of cogent commentary on how we order, structure, and relate in life, especially entering into the new year (this episode aired January 2). He in his typical Sheldon-style comments on how uncomfortable he is watching this episode of NCIS having not watched the show before.

Sheldon: I don’t know about you but I’m very uncomfortable about this.

Amy: Just think of the first 245 as the prequel.

I get Sheldon. Sometimes, scarily too much so. And I realize both the humor and the horror of that acknowledgement. But I totally feel his discomfort coming in at “episode 246.” That’s so messy. There’s character development and plot arcs and just basic story that has been missed. Thus watching a show in this manner would be so untidy. How could you just enter midseason? That’s why we’ve got Hulu and Netflix. Otherwise, it all leads to chaos.

Hyperbole, perhaps. But that’s how my brain works too. Maybe not brain in the technical sense, but psycho-social and cultural conditioning and what not. And seriously, I’m no Sheldon, really, but this is why I called his expression cogent commentary. As I’ve shared on the Twelve before, I like neat and tidy, clear boundaries, beginnings and endings. And it’s not simply me, but a human inkling for such. Which is why the New Year is of such significance. Not because 11:59 PM December 31 is so much different from 12:01 AM January 1, but that it allows for neat and tidy, endings and beginnings. It allows us to begin again, at a most basic level, and order our own lives accordingly. All quite understandable.

And now nine days into the new year, I imagine many resolutions have gone to pot. The neat and tidy new beginning has probably already been marred by life and disorder of some sort. Chaos is present nonetheless, regardless of our structuring and good intentions. And this is neither an indictment upon good order and discipline nor a giving in to a morass of pessimism. Rather, it is an appreciation for sanctification.

I get wanting the neat and tidy. I get how the come to Jesus moment can be so thrilling and important. I get the altar call, the new beginning, the believer’s baptism, New Year’s Day, all of it. I get Sheldon! But ultimately, it doesn’t stay that way.

Every day can be a new beginning. You don’t have to go back to the season premier. God can work in miraculous ways midseason, starting now.

And as for sanctification, just perhaps the disorder and chaos is part of the process.