The Lighthouse at Westkapelle by Piet Mondrian

I stumbled on a incredible war story about Westkapelle, Zeeland, the Netherlands, in a book of World War II memories.  Lots of folks from my hometown would, if they cared to, trace their roots to Westkapelle; in fact, I’m sure their respective phone books list many of the same surnames–Huibregste, DePagter, names on my own family tree. Oostburg, Wisconsin, where I was born and reared, is named after a Dutch hamlet close by, a part of the Netherlands some Dutch people still feel is, well, out of the way, and, yes, backward, its people reputedly quite ultra-religious.

Westkapelle is the westernmost point of the whole country, which explains why, even today, its sandy beaches are still littered with German fortifications built there when thousands of Nazi soldiers awaited what they thought would be an inevitable Allied invasion.

They weren’t wrong.  If the Allies wanted to control the harbor at Antwerp, Belgium, they would have to come east from the island of Welcheren, whose westernmost point is the town of Westkapelle.

Like much of Zeeland (sea land), Westkapelle sits on reclaimed farmland created for habitation when one of many Dutch sea walls, or dykes, was constructed in order to open land and hold back the waters of the North Sea.  The Allied high command, their eyes on the prize of Antwerp, determined that the best way to neutralize the Nazi fortifications and make way for an invasion was to send in bombers to take out the dyke, flood the region, and thereby break down German communication and transportation. 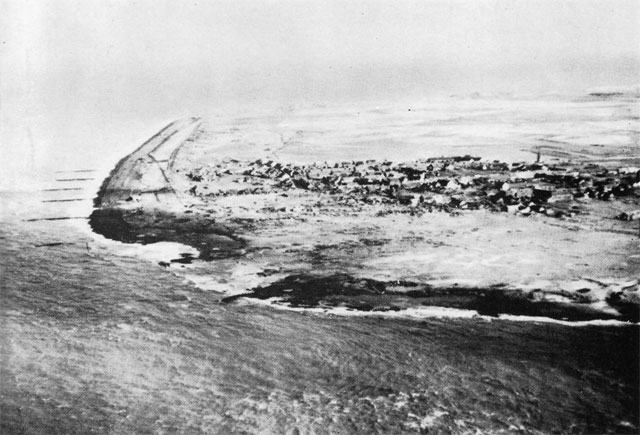 Operation Market Garden (A Bridge Too Far) had failed not long before at Arnhem, and the Allies had to find another way to establish a port presence to continue to defeat Hitler and push through to Berlin.

Brit bombers virtually destroyed the village and killed almost 200 Dutch citizens, something we call today “collateral damage.”  People from Westkapelle still refer to that early morning raid–it went on for hours–as “the Bombardment,” which successfully breached the dyke and turned the town and its environs from productive farmland into a vast lagoon.

At the time, seriously, this is what any ordinary group of pre-teens, girls little older than my granddaughter, might have looked like.  These are Westkapelle girls, in fact, photographed by a Brit photographer.  They’re not a tourist attraction, they’re kids.

When the bombardment began, almost fifty people took shelter in an area windmill, like the one in Pella, or even here in Orange City. They’d been warned about the bombing, but they hadn’t left the path the water eventually took, as others hadn’t. The North Sea liked what it saw in Westkapelle, so it rushed back over the land that once was its own, the land the Dutch had taken away. The bombs trapped those forty-some people who’d taken refuge in the belly of the windmill, but the floods that followed killed them, left their bodies where, some time later, those who found them took them out, one by one–men, women, and children.

The Germans were hated so fiercely after almost four years of occupation that the people of Westkappelle–and no one disputes this–simply accepted the massive destruction and even the horrible deaths because they knew, finally, that what those Brit bombers had done began the process of what would be their liberation.

Still, a man named only Mr. G. De Ru, whose memories brought me to Westkapelle in the first place, remembers the flooding and the lighthouse and the dead, and remembers also seeing what he calls “a religious message chalked on a tarred double door.”  He says he couldn’t help wondering, right then, “Who could possible find that kind of comfort in all this terrible destruction?”

Somehow, I can’t help but think that what was written on the debris he discovered was a line I know well, the answer to the first question of the Heidelberg Catechism with which I was raised:  “What is your only comfort in life and in death?”

Part of me is, after all, part of them.

Still, I can’t imagine what it must have been like to bury those dead or to look over farmland reclaimed by the sea and know it would be years before anything would grow again.

The Brits and the Canadians assaulted the beaches at Westkapelle a month later, on November 1, in a storm of hellish fire military historians claim left the Allies victorious only because the Nazis targeted the source of Allied shelling and not the personnel carriers–and the simple fact that one of the heavily-armed bunkers simply ran out of ammunition. 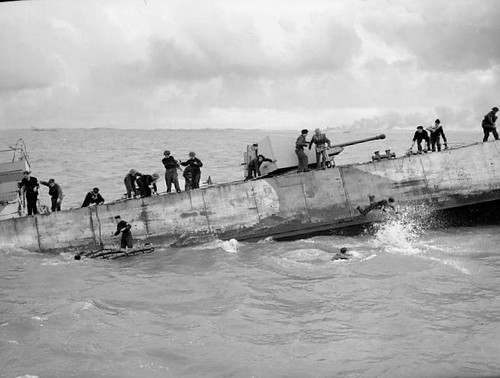 The citizens of Westkapelle, Zeeland, the Netherlands, a deeply religious community, paid a tremendous price yet greeted the Allies a month later with a degree of glee that no one who was there would say could ever be replicated.  What surrounded them was destruction, but the air they breathed was free.

I couldn’t help it. All these odd and traditional costumes and the whole windmill story put me in mind of Tulip Festivals, hither and yon. They’re icons of Dutch local marketing today, prominent players in celebrations that feature winged headgear for women, street organs, wooden shoes, and a million exotic tulips, one of those celebrations just down the road.

But this morning I know more about Westkapelle, more than I ever did, and I can’t help but think that our sweet folk fests, with their street scrubbers and paper plates full of pofferjies–don’t tell all the stories. They can’t, of course. They can only be choosy. That’s why we don’t tell some–we simply can’t.

And leave others untold.