Change and the Long View

“So if anyone is in Christ, there is a new creation: everything old has passed away; see, everything has become new! All this is from God, who reconciled us to Godself through Christ, and has given us the ministry of reconciliation.”

These words from 2 Corinthians 5:17-18 often show up in our Sunday morning liturgy. If not explicitly, say as part of the assurance of pardon, then certainly implicitly in some other aspect of worship. They speak of the resurrection and of our Easter hope. They speak of the gospel teachings of Christ. They speak of the prophet’s promise, of Isaiah’s vision of a peaceable kingdom, of new heavens and a new earth. They speak about change, transformation, and conversion that God is at work bringing about at the personal and the cosmic level. And they are invitational, summoning us as Christ’s disciples moved and motivated by the Spirit to be co-participants in this work, joining God in the mission of re-creation.

On good days the soundtrack that accompanies these words—because in my head, there’s always a soundtrack playing in the background—is something like Sam Cooke’s “A Change Is Gonna Come” or Dylan’s “Times They Are a-Changin” amongst a multitude of others. That’s on good days.

But the experience of change—and to be fair, there are a variety of kinds of change—but that experience is often challenging, and I believe that is especially true in the church, which is a little ironic. The very instrument of reconciliation, the Church that is participating in God’s ministry of healing and restoration is particularly timid and often resistant to change. Maybe it’s not so ironic as it is simply human. Change is difficult. We seek homeostasis. Let’s not kid ourselves, as much as we long to leave Egypt, there is something comfortable in the familiar. If we were the Israelites being led out of bondage by Moses, we too may have readily grumbled and wanted to turn back. Change, even good change, ain’t easy.

As a pastor I find myself often confronting issues dealing with change: rapid changes in the world and the culture around us, changes as youth and young adults grow, changes as many church members age, changes in the neighborhood, and difficulties with changes in the church. I return regularly to the Corinthian passage above and ponder how it is at work in the particularities at hand. While not exactly the same topic but certainly related to it, Peter TeWinkle who has filled in for me before here at the Twelve posted recently over at That Reformed Blog about pastors and congregations relationship, commitment, timing, and longevity. He encourages pastors to stay with their congregations for a longer duration, developing trust and the kind of relationship that enables ministry change. His response may not be a panacea for how the church changes or deals with change, but may nonetheless encourage us to think more broadly over a longer time frame.

It was a recent visit with one of my parishioners that helped me with my own anxieties and challenges regarding change and to consider the longer view. She is 90 years old, and while getting to worship on Sunday mornings has now become challenging, she still moves with the fluidity of someone twenty years her junior. What particularly stood out in our visit together however, was the immense change she has experienced over her ninety years. She was born in Manhattan in 1923 to immigrant parents, returned to Yugoslavia in her childhood and grew up there. She told me stories of her church in the Banat, her uncle the Methodist pastor, other members of the church there who 75 years later are members together of our congregation here in New York. She shared about her family and getting married, of the war and escape, of genocide and refugee camps and of emigrating back to the US. She told of starting over, of a new life and job, having a child, and buying a home. She worked in the city, an assistant to a fashion designer on 7th Avenue for over forty years. She showed me clippings and articles of dresses she had designed. She expressed sorrow over the death of her daughter and much later her husband. And she gave thanks for the role that the church played at various points in her journey. We chatted and prayed and it was a lovely visit. 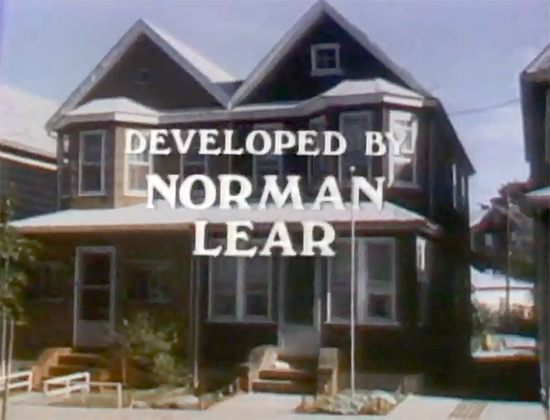 This never came up in our visit, but the week before the actress Jean Stapleton had passed away. She too was born in New York in 1923 and is probably best known for her role as Edith Bunker, the wife of Archie on the television comedy All In The Family. The fictional family’s residence is set in Astoria, Queens but the actual house that stands in the opening credits is one neighborhood over from me in Glendale, Queens. I went past that house, which looks much different now, on my way to call upon my congregant. As she was sharing stories about here life I couldn’t help but make connections to the world and times in which she lived and the similarities as portrayed in All In The Family. Not that her husband was a bigot like Archie Bunker, no. 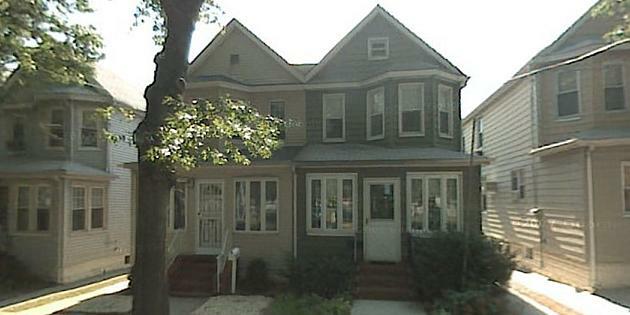 Rather, they were raising a child and making a living and residing in a similar community as portrayed on the TV show at the same time when our culture was going through tremendous changes and we were trying to make sense of it all. I couldn’t help as she showed me pictures of 1970’s newspaper clippings but to have the background music in my mind be the All In The Family theme music, “Those Were the Days.”

Change and trying to make sense of it and longing and hoping for it and resisting and fighting it…I suppose is something that we humans and God have been engaged in for some time. In those moments when we are given to make superlative statements of just how drastic or difficult or necessary certain changes are, it’s probably helpful to sit down and chat with a 90 year old. And in those times when we want change to be immediate or fight like hell to keep it from changing, again, a long view is helpful.