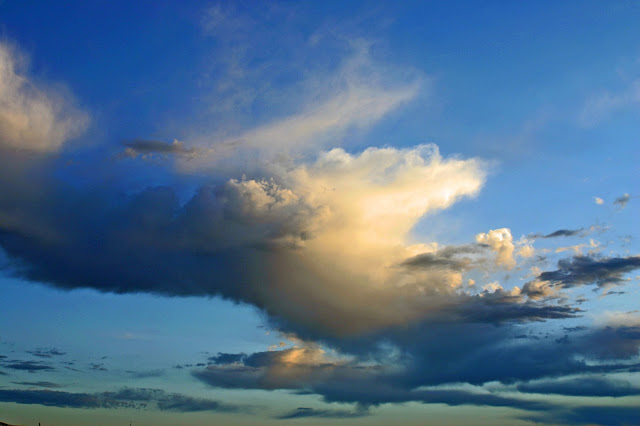 On a plane, I’m a reader not a talker. In fact, I rather resent jabberers, warm-hearted folks, I’m sure, who make it their mission to discover wheres and whys about the bald man buckled uncomfortably into the seat belt beside them.  I know preachers who claim they do great evangelism on planes.

Me?–I’m a reader with earphones, and I had a book I loved this time, Kent Haruf’s new novel Benediction.  It’s terrific.

But I never really got it out on that flight because the computer determined to make clear just exactly how much I need to lose weight by sending yet another meaty male, a guy in a Packer cap, into a skimpy seat designed for 160-pounders, both of us lugging along about a hundred more.  There we sat, a couple of tubs strapped in seats meant for the svelte.

You got to laugh about that, so I did.  “It’s a conspiracy,” I said to the guy in the Packer cap.   The only way I could avoid rubbing shoulders with the guy was to lean halfway into the aisle.  You know.  There we sat, a couple of aging linebackers, packed-in Packers.

Mutual suffering brought us uncomfortably close, so I asked him about life up north. He loved hunting.  His family had lived up there for generations, he said, but he’d been born and reared elsewhere, then gone back up to his family’s home place because he wanted to live in the woods, wanted to hunt and fish.  He was Irish Catholic, traced his lineage with a kind of glee, all the way back to immigration, when his great-grandparents were loggers.  He was a lawyer himself, a judge, in fact.

I liked him–he was ten years, maybe more, younger than me–and the jabber continued, painlessly.  I don’t normally say much, but the guy was pleasant.

“Whatcha’ doing down here?” I asked him after all the genealogy.

When he responded, it was somewhat grudgingly, something precious to his tone.  “My daughter’s in treatment,” he told me, in a tempered voice that was meant to say he wasn’t going to lie.

I know something about treatment, I told him.  “I’m told we’ve got some of the finest programs in the country.”  We do.

“One day at a time,” I told him.  I made it clear that I know something about treatment.

The story didn’t tumble out, but neither did it come out grudgingly. He started talking, not loud, but with some clear measure of relief, I thought.

His daughter’s a mom, and he and his wife have her son because they don’t know where the father is and they don’t really care either.  Nor does he.  The judge in the Packer hat whirred through images on his smart phone–a cute kid, bundled up in a snow suit, not quite two.  Grandpa and Grandma have had him at their place for a long time already, this treatment business part of their daughter’s court-ordered sentence, the place she was sent after jail time for theft, felonies, several of them–and more.  Among other things, she was stealing checks from her parents’ checkbooks, forging them to herself–a felony, he said–then endorsing them–yet another felony, he told me.  Among other things, she was stealing from her parents, those who loved her most.

The drugs she was taking alter the brain, he said, make her think only of what she needs now and not a thing about consequence.

There was more, too, some that I didn’t hear because no matter how uncomfortably close you’re seated, intimacy goes at a premium on a plane and I just couldn’t ask him to repeat it.  Still, the story lasted the whole flight; and by the end, by the time we were coasting in for landing, I asked him what he was thinking now about the weekend, how he thought things were going for her, this time, this treatment.  He’d been there with her for family stuff, therapy, part of the program, he said.

Back home, there’d been some kind of accident when she was high.  She’d wrecked her car, just like she’d been wrecking her life, ever since she was 16, he told me, addicted as she was to booze and whatever prescription drugs she could buy on the street.

“You got reason to hope?” I asked him again.

“She told me it was her fault she wrecked the car,” he said, and then he cried.  For the first time in that long recitation, tears fell from the linebacker in the Packer hat, the district judge.  “She’s never ever talked to me like that before.  Never took any blame.”

One day at a time, which is its own kind of benediction.

He’s Irish Catholic, a “domer,” he said, a graduate of Notre Dame.  Pious talk didn’t come easily, but I told him I’d be praying for him come Wednesday, which was yesterday, the day he and his wife would meet their prodigal daughter at the airport, her own cute little boy in their arms.  “She misses her son,” he told me, “misses him badly.”

When I left him at the gate outside the plane, I told him we’d be praying–and we have.

The next day, in Sunnyside, Washington, I spoke to a whole pack of middle-schoolers about writing, about stories, and about a man in Packer cap whose daughter is coming home to her son and her parents on Wednesday, and I told them they should pray too, and they promised they would.

One day at a time.

One day at a time.

We’ve been praying.  You may too.  I know he’d be pleased, and all of them in that family–grandpa and grandma, darling grandson, and prodigal daughter–all of them need the love of God, one day at a time.