You cause the grass to grow for the cattle,

and plants for people to use,

to bring forth food from the earth,

and wine to gladden the human heart,

to make the face shine,

and bread to strengthen the human heart.

The trees of the LORD are watered abundantly,

the cedars of Lebanon that he planted.

In them the birds build their nests;

the stork has its home in the fir trees.

The high mountains are for the wild goats;

the rocks are a refuge for the coneys.

You have made the moon to mark the seasons;

the sun knows its time for setting.

You make darkness, and it is night,

when all the animals of the forest come creeping out.

The young lions roar for their prey,

seeking their food from God.

When the sun rises, they withdraw

and lie down in their dens.

People go out to their work

and to their labor until the evening. 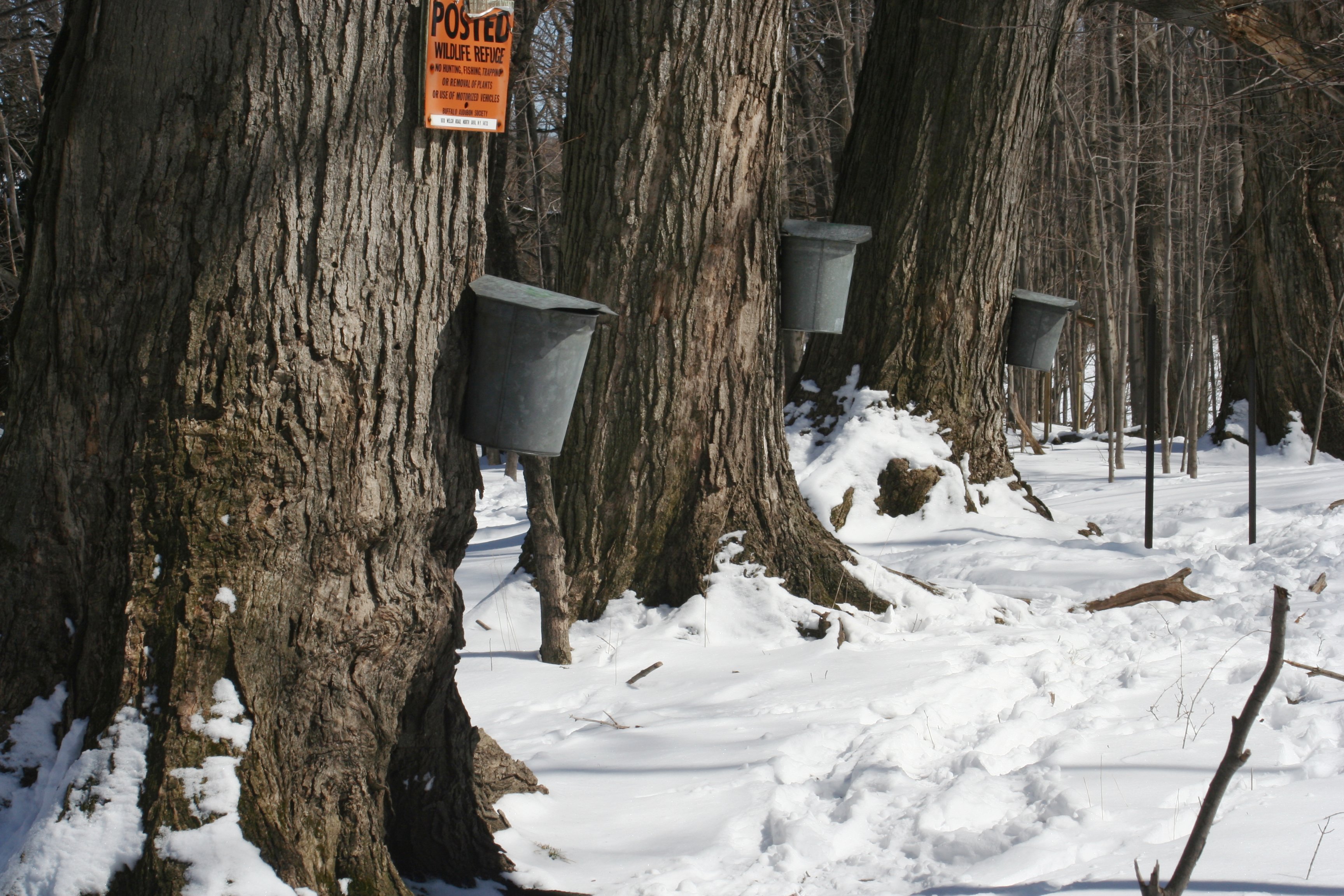 There is a tree about two blocks away from where I live which stands about midpoint between two busy intersection. It is perhaps easily missed, goes unnoticed, possibly uninspiring to the tree enthusiast. It is average and ordinary to the eye and if anything, doesn’t call out the “essence of tree” as its canopy has been oddly hacked and roughly misshapen to allow for utility lines. But to me it is a special tree, a good tree, and a reminder of the sweetness present even in the darkest of February and March days.

“April is the cruellest month…” was powerfully spoken by T. S. Eliot, but I think it is late winter and early spring when we most long for change and growth or at least for the warmth and light the coming season brings. March has such promise and longing then clobbers us with another snowstorm. Cold gloomy days hold on long, be it from steely gray lake affect cloud cover, fierce prairie winds, or embankments of asphalt, concrete, and steel.

But that tree down the block knows better. There is life in the old girl yet! With a few days that bring a limited but increasing ration of sunshine, temperatures rise a few degrees, then plummet below freezing again at night. And movement happens! Imperceptible to our human eyes and to all the many souls who plod past her daily, but now is when the sap rises.

My special tree down the street is a sugar maple, Acer saccharum, or as my granddad would have called it, hard maple. As lumber, its hard wood makes excellent furniture and musical instruments and is ideal for flooring especially bowling alleys and basketball courts. But its most admirable quality—if one can admire such things and I do—is what even its Latin name, saccharum suggests: sugar. During the cold months the sugar maple stores nutrients as starch in its trunk and roots, but as the days warm and the nights freeze, that starch gets transformed into sugar water sap that moves in the tree’s xylem—the tree’s network of blood lines, if you will—and that sap can be tapped and collected, boiled down, and become one of the most delicious foods known to humanity, maple syrup.

And we’re not talking about that maple flavoured corn syrup substitute stuff you find in your average grocery store. No. Maple syrup is unadulterated goodness from God, a kind of fruit from heaven.

Last week’s gospel passage from Luke had Jesus telling the parable of the fig tree. I like figs. I’ve written about them here before. Even brought in a little potted patio fig tree for the children’s sermon last week. When we think about trees bearing fruit, producing something like a fig makes for a ready analogy, handy and appropriate for Jesus (and Luke) to use with his original audience. But I’ve been pondering this passage in light of these cold days of March in New York. Figs are indeed abundant but not so fruitful during this time of year. But maple trees are producing right now. Easily missed for sure, especially in the midst of the City. And the fruit of the sap is not the same as the multiple little helicopter seed pods they’ll shed later in the summer. But this “fruit” is actually abundant and tasty for those who know about it and how to go about refining it.

There is something beautiful about sap coursing through the tree to bring it back to life. In the resulting syrup we get to actually taste and see how sweet and abundant that life is. Even in the midst of the cruel month of March, life and abundance are still present. Fruit still happens.

Maybe for many people and congregations too?