A Wandering Aramean Was My Ancestor…, Part 1

History can sometimes seem like it was so long ago. Yet, it is often more present and real in the here and now than we realize. I said something to this effect in an earlier entry here at The Twelve and I’m pondering it once again this week. Mulling over in particular, our immigrant history. With extremely few exceptions, our history—truly, our story—is an immigrant story. To me this seems to be a reoccurring theme here on this blog every time we encounter those aspects that bring us back to our “Dutch Reformed” roots, touching upon not only theology, but culture and history as well, speaking to inform our identity and who we are. And I appreciate that! We have also spoken directly about our immigrant history, Jason’s reflections on “America” most recently, among others.

For myself, I don’t often think of my personal story as that infused with that of the immigrant. Most obviously because I was born in this country and so were most of my family members. Much of my family tree goes back some centuries before we took-off from Europe. And with a name like Goodhart, it’s hard not to imagine there may have been an ancestor or two somewhere even in Puritan New England. (Although, as far as I’m aware, there wasn’t…) So I often think of myself in terms of the pretty average, nondescript, from middle America type.  And I’d venture to guess that I’m not alone in that way of thinking, that it has probably become rather commonplace to assimilate—I use that verb intentionally—one’s own family story without necessarily thinking in terms of the immigrant narrative. Whether your name is Smith,  Jones, or Schmidt, or Ramirez, Hassan, Patel, or Lin, many of us especially after a few generations in the US or Canada, do not quickly identify our story as an immigrant story.

That is not to say that we don’t still connect with our cultural roots. Perhaps precisely because of that assimilation into a kind of North American identity—especially among immigrants—many later generations will often keep connection to or reconnect with their cultural background. I think again of my own family. We were your basic meat and potato, Midwestern farmer people. Nonetheless, due to my maternal Grandmother having immigrated to the United States shortly after World War II from Japan, my family would twice yearly take the hour and a half ride from out in the country to the near west side of inner-city Cleveland to a small Asian neighborhood. Small being especially descriptive, for as I recall there were really only three very small mom and pop corner-store-like grocers, one right beside the other. The first was operated by a kindly old Japanese couple carrying Japanese food. The second was a Chinese store with Chinese produce. And the third was Korean operated with Korean foodstuffs. This was in the late ‘70’s and early ‘80’s well before every Meijer or Kroger had an “ethnic food” aisle. We would purchase our rice (usually at minimum in a fifty pound sack) and soy sauce in gallon cans (like how some of our neighbors would buy olive oil). After stocking up on the essentials, we would then get to bring home a few of the special items that would not last very long, things like yōkan (a candy made of red bean paste) 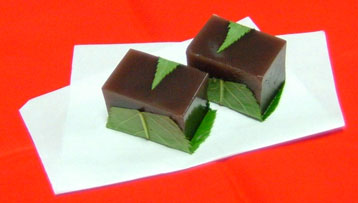 But as incredibly important as cultural food roots were and are for me, I still don’t often consider my own story—inclusive of that of my family’s story—as one that could quickly be understood as an immigrant story. And I think that’s detrimental. Because it too readily gives into a form of assimilation that allows me to distance myself from an ever present reality of the immigrant story—both my own, and perhaps more importantly, the immigrant story of my neighbor. That the concerns of immigration and the immigrant is not simply something that can quickly be connoted as an historical event in the past, but an ongoing reality here in the present with enormous implications. Implications that affect economy and community and politics, sure. But even more so, implications that currently affect our churches, as it should go without saying they have done in the past; and just as poignantly, implications that should affect our witness, ministries, and mission. All to say, immigration is not only a political issue, it is a deeply spiritual one. And our (the church’s) ability to integrate our story with that of the immigrant seems essential, if for the very least compassion as the first step.

I have shared a bit in the past about the wonderful congregation, Trinity Reformed Church of Brooklyn, where I serve and the neighborhood of which we are a part. We are in so many ways an “immigrant church” (as was much of the RCA) and still are with probably 85 percent of our folks being immigrant, first generation, or second generation. Most of our members are from central and western Europe, although there is also a small but growing number of people from Latin America and east Asia. At one time, our congregation was very representative of the neighborhood, but as New York City is ever changing and transitioning, so is our community and necessarily, the church.

Currently we are in the midst of a week long Vacation Bible School, a ministry that Trinity—if I may boast of them, for it has nothing to do with me—is very good at doing! What has become beautifully apparent this year as we welcome children and families who are not immediately connected to our congregation is just how diverse our neighborhood is becoming, greatly impacted by new immigrants. Whereas in the past we were strongly European in demographics, we are now becoming more and more Latino and Asian and especially, Egyptian. Just about a tenth of our VBS kids come from Egyptian families.

New York City can be quick to play the diversity and immigrant card. But again, the beautiful truth is that immigration is a reality across much of North America. I remember one Sunday when I was a seminarian back in my “home church” in Holland, Michigan doing a little congregational analysis and counted nine countries that our members were from, that is, their lands of birth. That analysis could be redone in a variety of places, from Hamilton, Ontario to Des Moines, Iowa and we could discover similar results. We (US and Canada) are nations of immigrants. Often, we know this to be historically true, but sometimes we need to be reminded that it is also contemporaneously true.

Which brings me back to the church identifying our own story as an immigrant story… Learned once from a wise old pastor who had served a church for decades in southern California that a good minister should learn his (and I would add, or her) people’s story well enough until it becomes your own. Can’t help but to hear Deuteronomy’s words echoing, “A wandering Aramean was my ancestor…” I hope to next time here at the Twelve to contextualize that a bit. Until then, how would you understand your own story as an immigrant story?