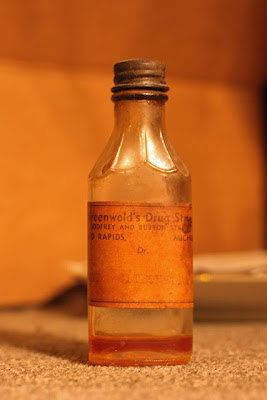 In town, where we live, a good rain is nice on the lawns but a curse on two-year-olds like our grandson, who’s too darn cute to spray full of “Off” and too little himself to slap the blasted mosquitoes that appear as if out of nowhere and then light on his feastable chunky arms.

We don’t live in real mosquito country here in Iowa. They can get bad, but nothing at all like my Wisconsin home, where, come June, hordes rise like Chinese armies from a solitary backyard. Clouds form in a village park. You can hear them, like a distant jet.  I’m serious.

It’s a wonder people don’t die from mosquitoes in Minnesota, where some claim them as the state bird. Michigan, on the same northern tier as Wisconsin and Minnesota, almost has to be similarly cursed. Here in Iowa, we love “up north,” but there have been times when I felt all 270 pounds of me being carried away by winged varmints that look as much like biblical demons as anything God, in his infinite wisdom, ever created.  In fact, you wonder sometimes whether He left some factory seconds around, some “oops,” you know? What possible good are mosquitoes?

We’re moving. I’m scouring corners of my basement I haven’t looked in for years, and that’s where I found this little thing. The fact is, I don’t need the tiny bit of citronella that’s still here in a tiny bottle that had to come from my grandparents, who lived in Michigan.  It was purchased on Godfrey and Burton Street, it says, Grand Rapids, where, once upon a time, a drug store named Greenwold’s peddled mosquito relief in miniscule bottles.  You can’t see it probably, but typed in low on the label is the antidote–“Citronella,” it says, I’m guessing here, the remedy my grandparents looked to for relief.

Wikipedia says citronella is also used as a “perfumery chemical.” I don’t think my grandfather, the Dominie, was turning out urns full of Channel Number 5; and I’m guessing his wife, a city girl, probably didn’t make her own soap, a process, I’m told, that makes use of the stuff.  Wikipedia also claims citronella was also thought to quiet barking dogs.  Who knows? Maybe so. After all, nobody wants some yapping parsonage mutt hanging around the church.

Still, I’d guess it was for mosquitoes, although it’s hard to believe that anyone in Michigan would buy a bottle this tiny. Must have been a drought that year.

It’s been mine for most of my life.  Once upon a time I simply grabbed it from my parents’ upstairs bathroom cabinet because it never got used and I loved the bottle. And now, we’re moving.  Something has to be done.

For all of my life I’ve been orthodox Protestant and therefore anti-papist, anti-images, anti-lots of stuff; but when I hold this little ointment bottle in my hand, it’s not hard to understand the appeal of anykind of graven image. . .which, of course, thou shalt not have.  I mean, my grandpa the Calvinist preacher, a man I hardly knew, isn’t conveniently available, genie-like, from the confines of this bottle; I could rub all day and Grandpa wouldn’t appear.

I have to admit in some ghastly, silly way, that if I didn’t guess that it somehow graced my grandparents’ own bathroom cabinet a century ago, I’d have tossed it long ago, never grabbed it in the first place.

We’ve got “Off” and those tin pots of waxy stuff you light if you want to sit outside, but I can’t just dump this old useless bottle, not only because it’s ancient, but also because, dang it, it’s got something of my grandparents in it, something of them long, long ago.  It is its own graven image, I confess–and, even though I don’t worship the dumb thing, this one, if the rain keeps falling, will even keep the mosquitoes off.

So I’ll be a hoarder and leave to my kids someday to throw.  They’ll be culling through the flotsam and jetsam of their father’s life, pick up this oily old bottle–greasy little thing from some place in Michigan they’ve never been–and toss it once and for all to a landfill where–maybe, just maybe–it’ll do it’s own appointed work, keeping down the insect population.

I can’t just throw it. ;There’s nothing in it but citronella, but–I know I’m pushing it–for me at least, it’s something, well, perfumery, of Grandpa and Grandma Schaap, dominie and juffrouw.

Call me silly.  Call me nuts. Go ahead.  But for the time being it goes with.